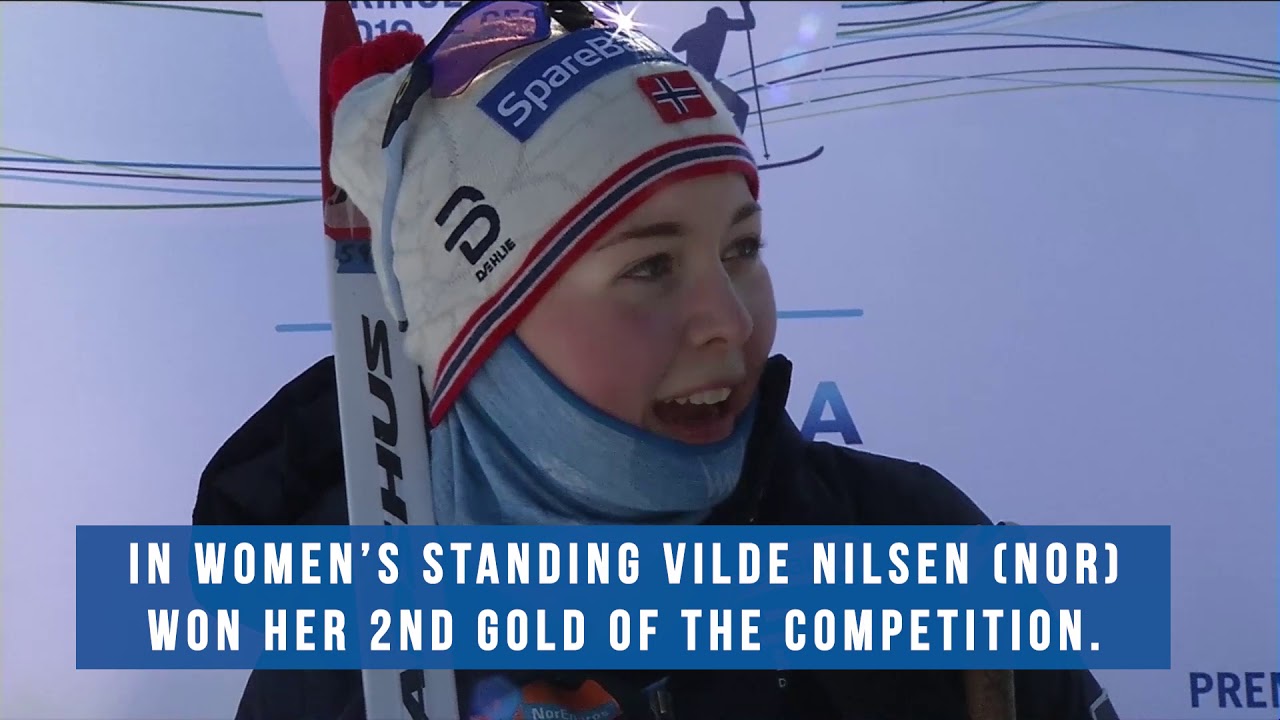 The spectator banks were awash with Canadian flags on day three of the World Para Nordic Skiing Championships in Prince George, and hometown hero Collin Cameron had the race of his life to make sure they had a chance to wave them.

When he crossed the line to take gold in the men’s cross-country sprint sitting final, he threw his arms up in the air to enjoy the moment with the local fans on a day many Canadians celebrate a holiday known as ‘Family Day’.

Cameron came into the final as the fastest in qualifying earlier in the day and then powered his way to his best finish and a world title, Canada’s first gold medal in Prince George.

“It’s incredible. I was thinking about this since coming fourth in the sprint races at the (PyeongChang 2018 Winter) Games. I wanted this really bad,” Cameron said.

The Canadian started competing in the sport in 2016 and so far he has had a world championships to remember. He won a silver medal in the biathlon middle distance on Saturday to add to the three Paralympic bronze he picked up at PyeongChang 2018. He said the atmosphere at home has pushed him to new heights.

“It’s extra special for sure. You’ve got all this crowd, the volunteers, the locals out here cheering for you. It gives you a little bit of power that you might need to cross the line.”

Many of the racers bundled up with scarves over their faces to protect themselves from the bitter cold yesterday. It was the coldest day yet with a temperature of – 20 as the six categories of cross-country sprint races were contested.

The USA’s Oksana Masters made it three golds in three days with another victory as she defended the world title she won at Finsterau 2017.

“It means extra to be able to defend a sprint title. I love sprinting. It was not a smooth process when I first started sprinting. I broke so many poles. But it’s been awesome to continue to improve and to keep bettering myself.”

Masters’ teammate Kendall Gretsch was second to take her third medal of the championships, with Germany’s Andrea Eskau collecting another bronze.

Another triple world champion was crowned on Monday, as France’s Benjamin Daviet continues to show his dominance of the men’s standing category.

He won his third world title in an event that he admitted was not his strong suit.

“At the beginning, I wasn’t doing the cross-country sprint. But the coaches pushed me to do it. And lap after lap I got better. And now it’s a pretty good race for me.”

Grygorii Vovchynskyi of Ukraine won the silver, but the real drama came in the race for the bronze medal.

Norway’s Hakon Olsrud did everything he could to catch 17-year-old Taiki Kawayoke of Japan. Olsrud lunged to the line and fell to the ground in an attempt to cross first.

But it wasn’t enough. Kawayoke, who only took up the sport in 2017, showed the strength he has in his legs to capture bronze.

He was born without several fingers and toes, meaning he does not use ski poles.

The 18-year-old raised her arms as she comfortably came home first, and her confidence is growing.

“I’m almost more shocked than yesterday. It was very long. I think it’s one of the hardest sprint races I have ever done. But my teammates and the coaches were screaming everywhere on the track, so I had a lot of motivation.”

Liudmyla Liashenko of Ukraine was second followed by her teammate Bohdana Konashuk, who outsprinted a couple of other competitors in the final 50 metres for bronze.

Some athletes might get thrown off by a false start.

Not Carina Edlinger of Austria and her guide Florien Rupert Seiwald who used it as extra warmup time for the women’s vision impaired race.

Edlinger and Germany’s Clara Klug raced down a good portion of the track before they were called back.

“I felt much better afterwards so I can be thankful for the false start,” Edlinger laughed.

There had been doubts the Austrian would compete at all on Monday after requiring medical attention following Sunday’s middle distance race.

“Yesterday they had to bring me back in a wheelchair and they weren’t sure I could race again today. I told them you don’t know me that well. I will come back.”

Sweden’s Zebastian Modin crossed the line and immediately started to celebrate the defence of his world title in Prince George with guide Emil Joensson - a two-time Olympic medallist.

“Yesterday was awful so I am so happy to bounce back again. I’ve been sick for a long time. The body has been up and down, so I really wanted to leave from here with a medal.”

Ukraine leads the medal table with 19 medals after only three days.

Tuesday is a training day with competition at the Worlds resuming with the biathlon sprints on Wednesday (20 February).

You can catch live coverage, highlights and results on the official Prince George 2019 website.