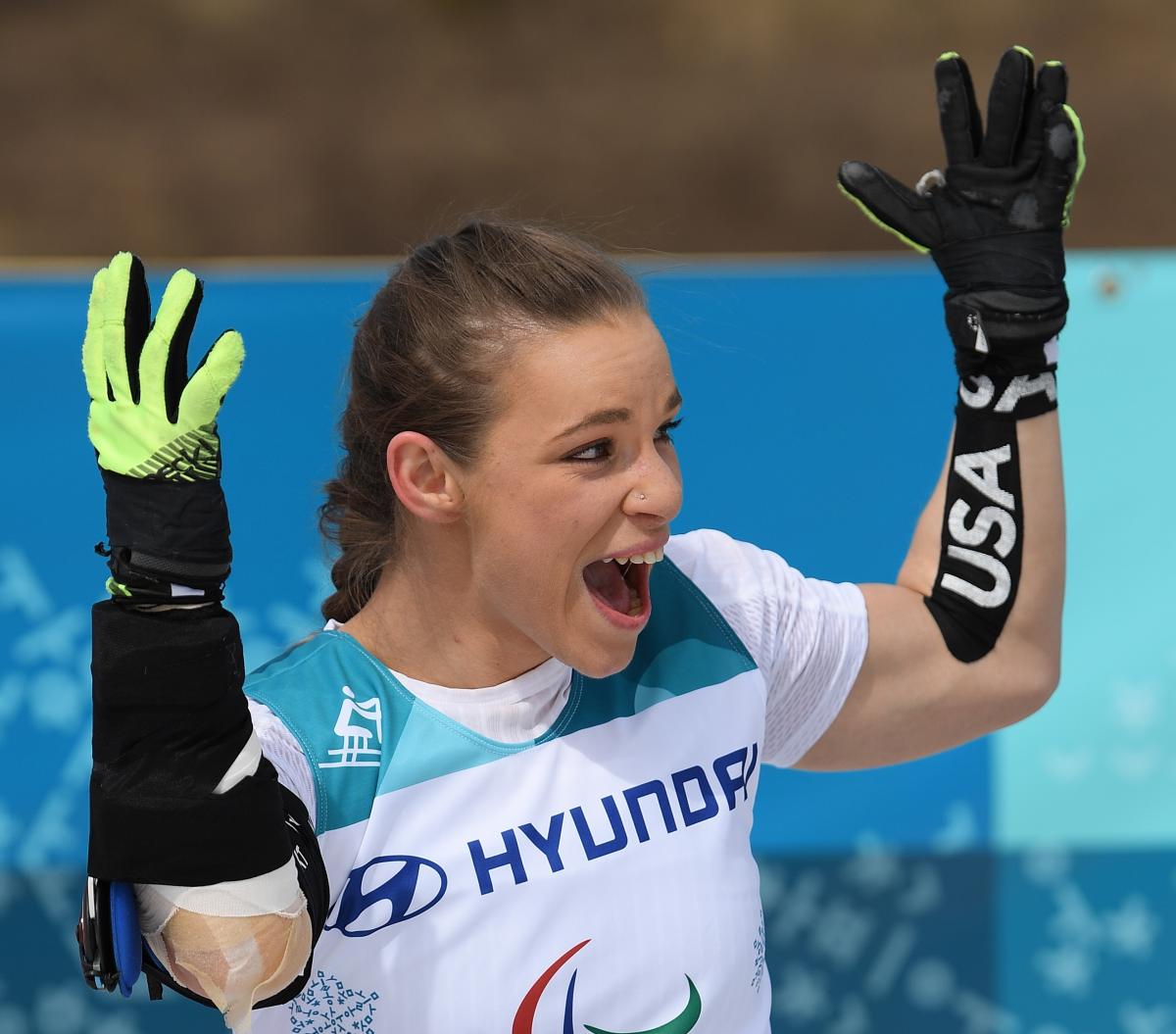 The USA’s Oksana Masters had more ups and downs at the PyeongChang 2018 Winter Paralympics than the track she was skiing on.

After injuring her elbow just before the competition started in South Korea the sit-skier did not know if she would be able to perform well enough to make her dream of a Paralympic gold medal come true.

“I never thought about doing all events and then it was hard because I knew I wasn't going to be racing at my 100% with my elbow,” she explained. “I missed a lot of training, so I was just going in and accepting it as it was, but I was still going to try and fight as hard as I could with what I had.”

In the first biathlon race she had to settle for a silver medal behind teammate Kendall Gretsch. The first cross-country race saw her take the bronze medal and then disaster struck in the biathlon middle distance race when she fell and hurt her elbow again.

“That day was a rough day. I had to do one of the hardest things and something I don’t believe in, quitting a race.”

“I definitely started to doubt myself,” she continued. “I thought this might not be the Games I had been hoping for.”

However it all turned around for Masters in her favourite event the cross-country sprint. She was the fastest qualifier and won her semi-final. In the final she took the lead and there was no way she was going to let it go. She finished in front of Germany’s Andrea Eskau to claim her first gold medal at the Paralympic Games.

"It was a mental rollercoaster. I had no idea if I'd be able to even start so it was great to redeem myself from the last race where I wasn’t able to finish.”

It just got better and better for Masters after that. In her next race, the biathlon individual, she hit twenty from twenty targets for the first time in her career to win another silver medal.

On the final day of individual competition she won another gold medal this time in the cross-country 5km to round off a remarkable comeback.

She is giving both medals to her mother Gay Masters who has been her biggest supporter throughout her whole life not just her sports career.

The Games were made truly special for Masters when she discovered that she was to carry the flag at the Closing Ceremony.

“I was truly blown away by the fact my own teammates voted for me as the Closing Ceremony flag bearer. It was an amazing honour.”