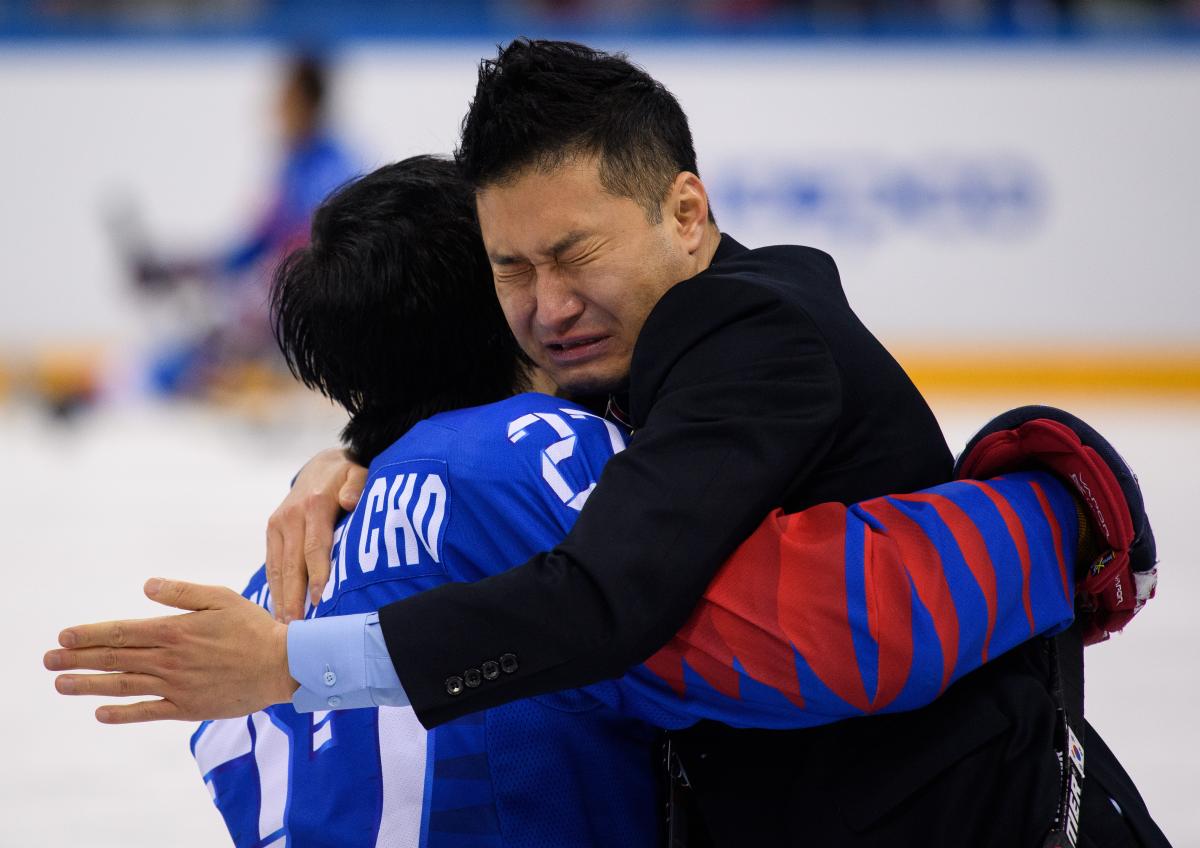 PyeongChang 2018 may have come to an end, but the outstanding performances of the Para athletes will remain vivid for many years to come. Here are just five of the many top moments that made this Winter Paralympics an unforgettable competition.

The Dutch snowboarder did not have much time to prepare for PyeongChang 2018 having spent most of 2017 undergoing treatment for cancer. The first gold in the snowboard-cross was emotional, with Mentel-Spee embracing with her son and mother right after beating compatriot Lisa Bunschoten. “It's such an amazing feeling and I’m so happy and I'm so stoked, especially after the last couple of months. I'm just so stoked that it all went fine and I got the gold," she said.

The hosts had already secured a position among Para ice hockey´s top four for the first time ever at a Winter Paralympics. But with the support of a deafening crowd and South Korean President Moon Jae-in watching from the tribunes, South Korea were hoping to reach the podium in the bronze medal game versus Italy. The game was still scoreless with only 3:18 to go when Dong-Shing Jang pushed the puck into the net for a dramatic 1-0 victory. The emotional celebrations at the end of the game will live long in the memory.

China took their first medal at a Paralympic Winter Games in style, with the wheelchair curling team topping the podium following a 6-5 triumph over Norway in the gold medal match after an extra end. “It's the first medal of a Chinese team in the Paralympic Games, and I think it is pretty big. We are very excited," said Chinese skip Meng Wang. This victory will also be a boost for winter Para sports in the country ahead of the next Games at Beijing 2022.

Vision impaired cross-country skier Brian McKeever, guided by Graham Nishikawa, confirmed once again his status as Canada´s most decorated winter Paralympian, sweeping all her three individual events to reach 13 gold medals across five Games to become the Paralympics’ most successful cross-country skier. After all that he still had enough energy to drive his team to a last gasp bronze on the final day relay event. Even Canadian Prime Minister Justin Trudeau celebrated his success on Twitter, congratulating McKeever on several occasions together with the other Canadian medallists.