Quick success for Sarti in para-archery

The Italian won the world title in the women’s compound, and hopes to build upon that at Rio 2016. 21 Mar 2016
Imagen 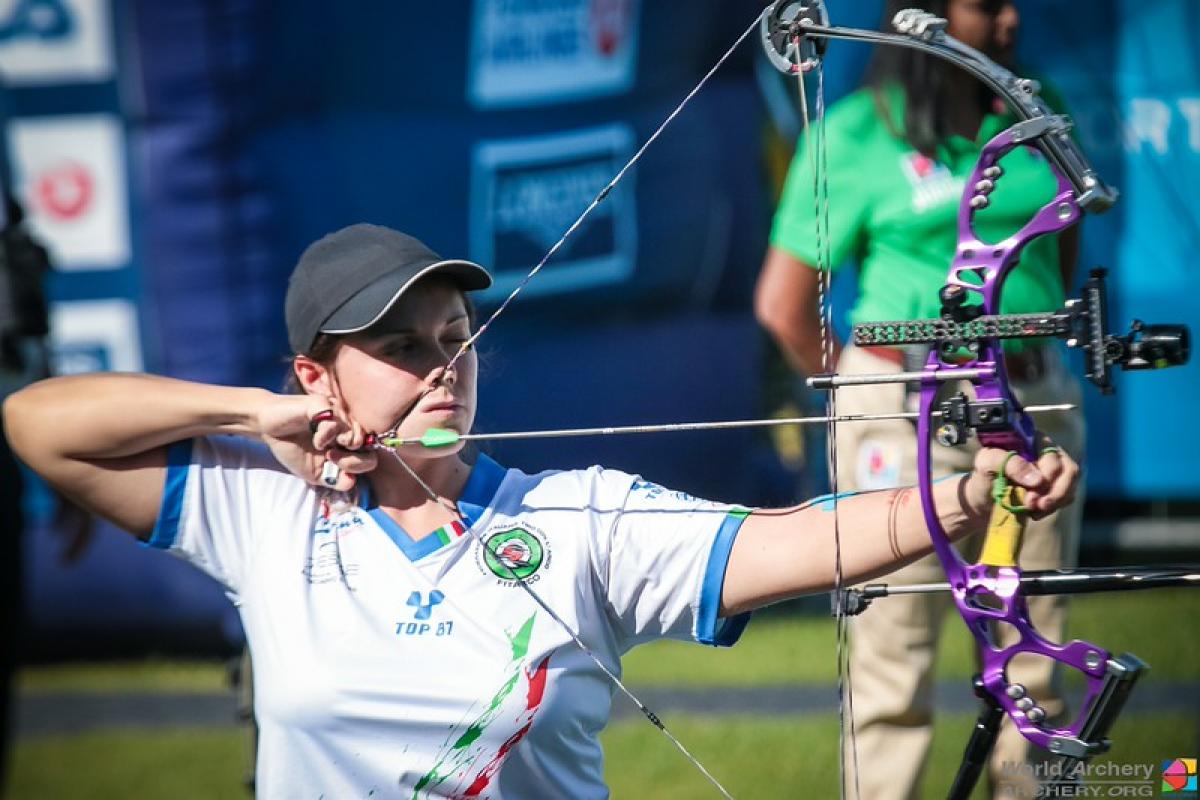 Four years ago, one of the best para-archers was playing wheelchair basketball. That was Italy’s Eleonora Sarti, 30, who decided to switch to archery, and her instant success has made her one to watch ahead of the Rio 2016 Paralympic Games.

“I tried it and I understood that this [archery] could be my world,” Sarti said.

“I’ve always been an insecure person, but with the bow on my hands I feel really confident and I know that I can do great things. This is the best feeling for me, in archery. I’m alone against the target and my goals. We are our first opponents.”

Sarti – who has congenital malformation in her hand, left leg and foot – won gold in the women’s compound open at the 2015 World Championships in Donaueschingen, Germany, as well as bronze medals in the team and mixed team events.

One of the reasons why she enjoys archery is because it is one of the few sports able-bodied and athletes with impairments can compete against each other.

Sarti is the second female para-athlete to shoot on both para and able-bodied squads in Italy. Paola Fantato participated in both the Olympics and Paralympics in 1996.

“I’m really pleased and honoured to be part of the Italian team at the World Archery Indoor Championships 2016; I knew the possibilities about it but only after the official call I really realised it,” Sarti said. “I’m also confident about this competition with the able-bodied team, especially because I started archery only three years ago and now I will shoot with them in a World Championships.”

Sarti competes for the Blue Flames at the individual level and in a team for Castenaso Archery as she prepares for September’s Paralympic Games.

It has not all been success for Sarti. After a rough performance during the European Championships in 2014, when she missed out on the bronze medal in the women’s compound, she thought that she did not want to compete in archery anymore.

Sarti likes being responsible for herself and being able to reach new goals. Her mother started her in sports at an early age and she did swimming, volleyball and sailing. She tried to compete in both wheelchair basketball and archery for a while, but ended her wheelchair basketball career in 2013. Many of the competition times conflicted with each other, and she thought she could be more successful in archery.

Archery was also an escape for her.

With the 2016 European Para Archery Championships held in Challans, France, coming up (2-10 April), Sarti hopes to medal in all her events.

“I will try to be on the podium with both competitions, individual and mixed teams,” Sarti said. “I know that this is possible and I will fight every single day, arrow after arrow for it. And, most of all, I would like to come back home completely satisfied for the Games.”