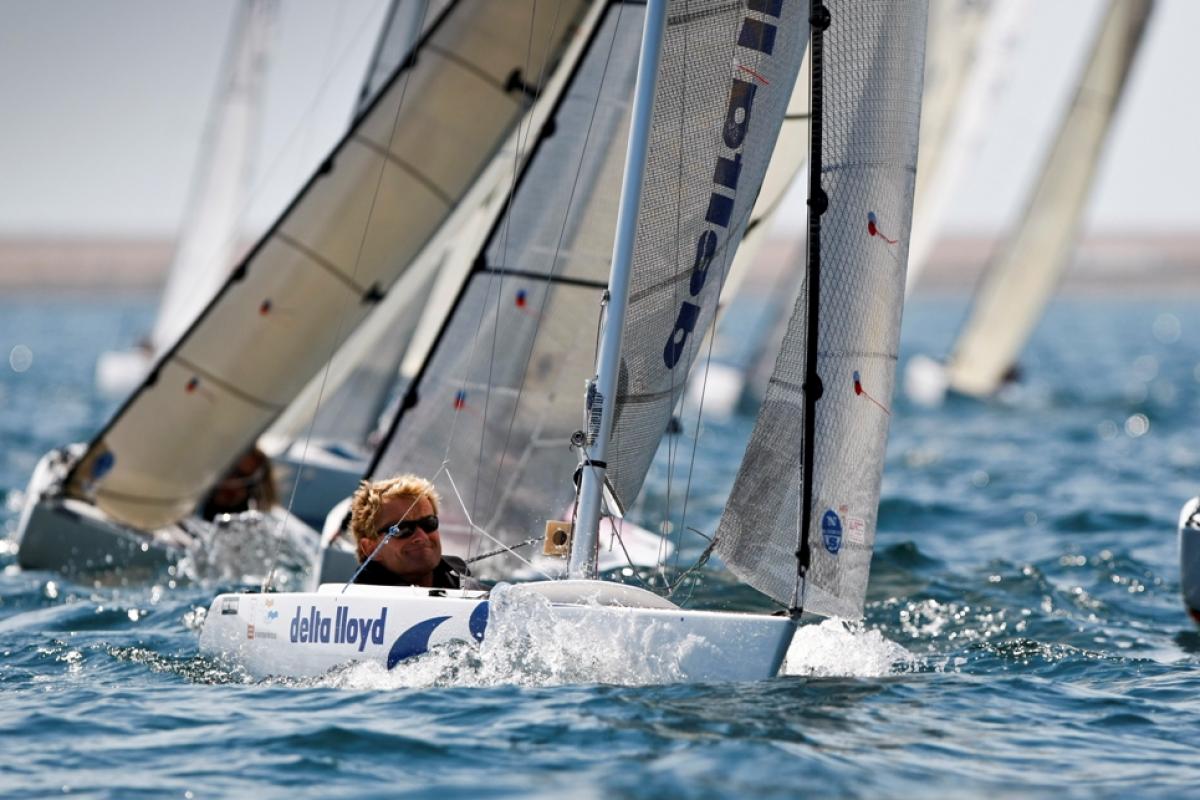 Boat at the IFDS Championship

But the race for the Sonar and 2.4mR titles are still in the balance as the 155 sailors that have done battle on the 2012 Paralympic Waters of the Weymouth and Portland National Sailing Academy this week prepare for one final race tomorrow.

In the Sonar, Skandia Team GBR’s John Robertson, Hannah Stodel and Steve Thomas currently hold a seven-point advantage over the second-placed Norwegian team of Alex Wang-Hansen, Per Eugen Kristiansen and Marie Solberg, who themselves are tied on 44 points with Bruno Jourdren, Eric Flageul and Nicolas Vimont-Vicary (FRA).

Meanwhile it is double Dutch at the top of the 2.4mR standings with defending champion Thierry Schmitter (NED) holding a 12 point lead over his national teammate and training partner Andre Rademaker. Schmitter, who is carrying a discarded 16th, has to make sure he doesn’t post a letter score tomorrow, with Rademaker finishing in the top three, to wrap up his hat-trick of IFDS World crowns.

However, today was all about Rickham and Birrell as the Brit duo repeated the consistency that has been their forte throughout the week to score a second and fourth and put themselves into an unassailable position in the race for the title.

Having led the RYA-run regatta from start to finish, Rickham could not contain her delight at finishing the job with a day to spare. She said: “I hoped we could finish it off today; our results so far gave us the confidence that we could. It means everything, Niki will tell you it is business as usual but we’re obviously over the moon to finish off with a day to spare and tomorrow it means we can go out relaxed, although we’re still going to try to win.

“Our strength this week has been our consistency across the range of conditions, we’ve hit a few adverse moments and day two wasn’t exactly a sparkling day for us but we pushed on through the whole time and just made sure we stuck it out. My shoulder’s been niggling all week, so I’ve had a lot of physio, so it’s not just us there are a lot of other people who make your campaign what it is. I’m more than excited to win in a 20-boat fleet on home waters in the Olympic venue, we couldn’t have asked for anything more than that.”

Behind them the race for silver and bronze looks set to go to the wire as a double bullet today for Jennifer French and J-P Creignou (USA), whose scores have improved massively as the week has gone on, helped them leapfrog the Australian duo of Dan Fitzgibbon and Liesl Tesch into second overall. The Aussies are four points in arrears of their American rivals but with what looks like a comfortable 13 point gap between themselves and the second USA crew of Scott Whitman and Julia Dorsett, silver medallists at the past three IFDS Worlds, in fourth.

French said: “It was a fun day for us; it’s actually fun racing to have the fleet racing so close together and pushing each other. This event’s really important for us to gauge ourselves against the rest of the international competition. J-P and I only started racing together less than two years ago so we’re still on a big learning curve. We’re not sitting back at all for tomorrow; we have to be on our game as much as today.”

Dutchman Schmitter has been in scintillating form in the 2.4mR, leading the event since race four and he looks odds-on to join Rickham and Birrell in making it three World title in a row. Rademaker, who enjoyed his best day of the event scoring 2, 1 today, insists he will not give up on wrestling the gold from his teammate until the scoreboard shows it is no longer possible.

He said: “I want to have it (the gold) but I can only do my best tomorrow. If I finish in first place then Thierry has to make some mistakes but everything is possible. I had some operations in December and I did not sail for five months; my first regatta was the Delta Lloyd in May, then Skandia Sail for Gold last month and I had the silver medal there, and I’m improving every race so I am happy. My coach’s son says ‘Attack’ and then ‘Accelerate’ and that is what I’m going to try to do tomorrow again. ”

There is set to be a nail-biting climax to who claims the 2.4mR bronze with Britain’s Helena Lucas a solitary point ahead of the USA’s Mark LeBlanc in fourth, three points ahead of LeBlanc’s fellow countryman John Ruf in fifth and four points clear of her own British teammate Megan Pascoe in sixth.

In a week where the race for the Sonar crown has seen the lead change hands four times, the Brits managed to put a bit of clear air between themselves and the chasing pack with a 1,4 today, ahead of tomorrow’s all-to-play for showdown.

As it currently stands Wang-Hansen’s crew is the only boat in the top four not carrying a disqualification or OCS, however the Israeli boat led by skipper Dror Cohen are in dispute regarding the OCS they were handed in race 10, a decision that if adjudicated in their favour would shake up the top of the leaderboard once again.

Thomas said he and his teammates are pleased to be in contention for gold heading into the final race: “We’ve worked hard all week to generate some good results. Tomorrow we have to just go out, keep our heads down and try to get out and win the race. We’re all carrying big scores at the top end of the fleet and a breakage could rule you out so it is just a matter of making sure the boat’s ok, going through our routines, getting off the start line and managing it from there.”

Racing is set to resume at 10.25am tomorrow with not only individual medals at stake but the last chance for nations to qualify a boat in each class for next year’s Paralympic Games.

Last year’s Worlds in the Netherlands provided the first opportunity for countries to qualify their ‘slot’, which meant seven countries in the 2.4mR and Sonar classes and six in the SKUD, plus Britain, which is automatically allocated a slot per class as the host nation, came into this event with the pressure off. However for everyone else qualifying their country for London 2012 has been objective number one this week, with a further six slots set to be decided in the 2.4mR and Sonar classes, and five in the SKUD, by the end of tomorrow.

The IFDS Disabled Sailing Combined World Championships 2011 are being organised, and run, by the RYA, supported by UK Sport. All published results are provisional pending any protest decisions. 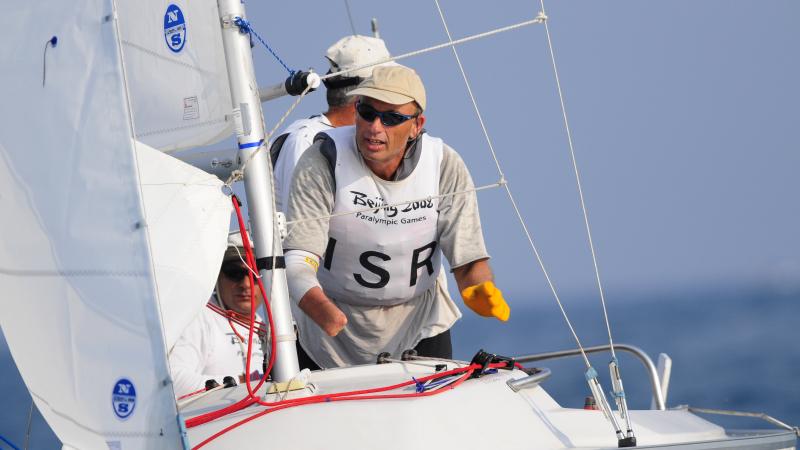