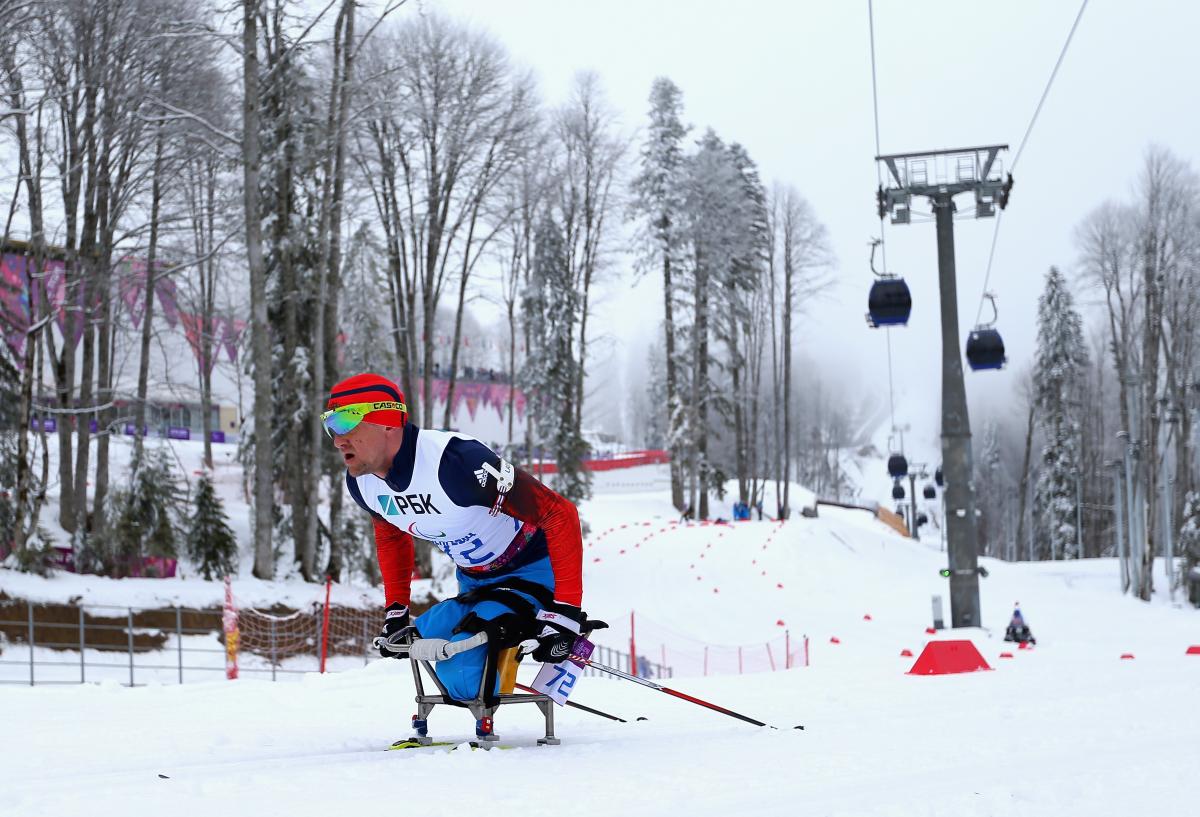 Roman Petushkov of Russia has been dominant at the Sochi 2014 Paralympic Winter Games.

Canada’s Brian McKeever will also try to add to his remarkable gold medal haul in the men’s 10km visually impaired race in the second event of the day at 10:20 (MSK).

Russian star Roman Petushkov will try and close out the Sochi 2014 Winter Paralympic Games with a spectacular seventh consecutive gold medal in the men’s 10km sitting event on the final day (16 March) of cross-country skiing.

Petushkov is unbeaten in all of his events so far with three Paralympic titles in biathlon, two in individual cross-country and one as part of a four-man team in the 4x2.5km open relay.

He is also the defending world champion in this event as he claimed his IPC Nordic Skiing World Championship title in Solleftea, Sweden, by almost 40-seconds ahead of his closest competitor, Grigory Murygin.

Petushkov’s young compatriot has had an impressive Games, so the 19-year-old will push him close to the finish line. Irek Zaripov will also try to ruin his teammates’ astonishing golden streak as he will look to upgrade from the silver he won in the men’s 15km sitting earlier in Sochi 2014.

Japan’s Kozo Kubo will also be in the hunt for a medal to try and quash any chance of another Russian sweep at the Laura Stadium when the final race starts at 12:45 (MSK).

Canada’s Brian McKeever will also try to add to his remarkable gold medal haul in the men’s 10km visually impaired race in the second event of the day at 10:20 (MSK).

He will be closely contested by the host nation’s Nikolay Polukhin and Sweden’s Zebastian Modin who won silver and bronze respectively after the 34-year-old defending Paralympic champion in Vancouver.

After her impressive performance in the women’s 1km sitting sprint, the USA’s Tatyana McFadden could have an outside chance of another medal to add to her silver in the women’s 5km sitting race. However, there will be tough competition from teammate Oksana Masters as well as defending Paralympic champion Liudmila Vauchok from Belarus.

Reigning world champion Andrea Eskau of Germany is also in the mix as she looks to be the first woman to win two gold medals at two consecutive Paralympic Games.

Nonetheless, Ukraine’s Oksana Shyshkova will have another chance to upset Russian hopes of a one-two-three like she did in the previous race of the 1km sprints.

In the women’s 5km standing event, it will be a battle between Ukraine and Russia yet again. Ukraine’s Iluliia Batenkova and Oleksandra Kononova will go head-to-head with Russia’s Alena Kaufman and Anna Milenina in a four-way contest for the top three podium places.

The action at Laura Stadium kicks off at 10:00 (MSK) where Japan’s Yoshihiro Nitta will try and hold off Kirill Mikhaylov to successfully defend his Paralympic title in the men’s 10km standing event from Vancouver.

However, Nitta must also be aware of other members from the host nation who could try and work together to ensure another podium-dominating performance. As well as Mikhaylov, he must watch out for Rushan Minnegulov, Vladislav Lekomtcev and Vladimir Kononov, who will pose a threat to the Japanese native’s Paralympic crown.