The defending champions started the Paralympic year strong by sweeping all three of their matches. 07 Mar 2016
Imagen 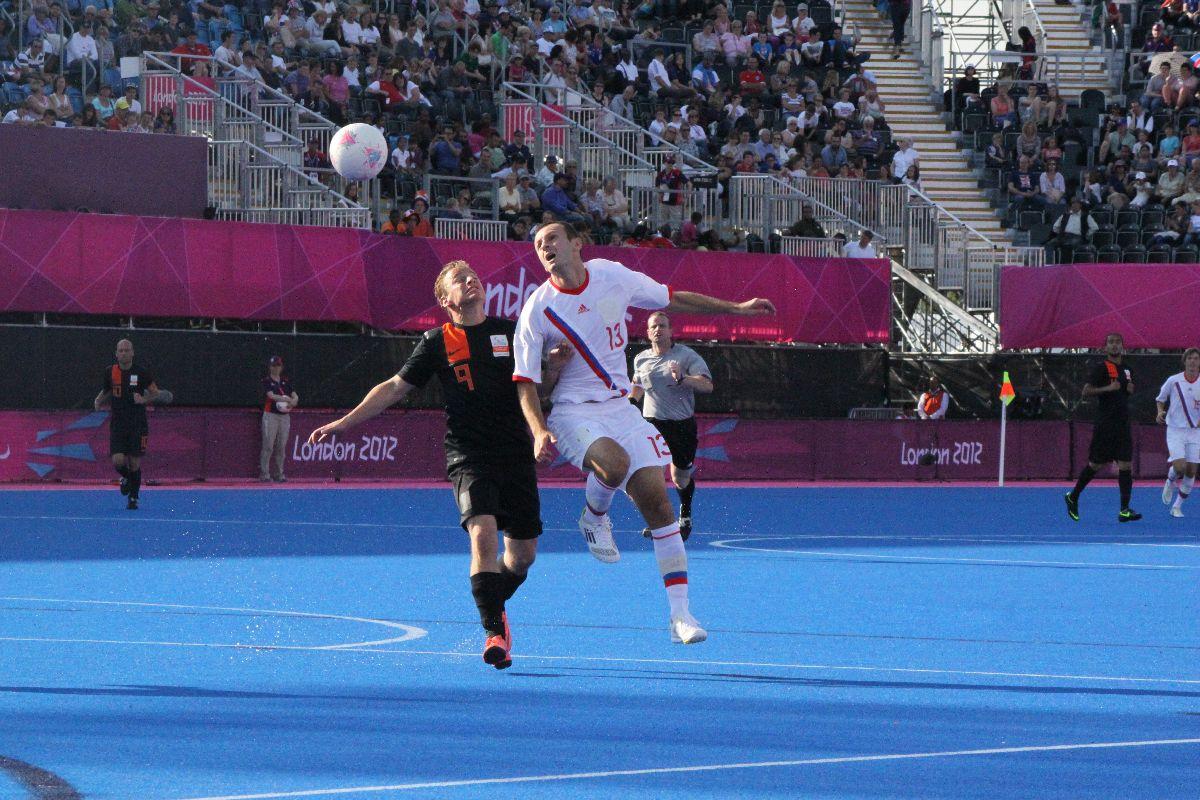 ⒸIPC Credit
By Kai Gill | For the IPC

Russia went undefeated at the tri-nation tournament in Burton-upon-Trent, Great Britain, from 29 February – 5 March, showcasing their strength ahead of the Rio 2016 Paralympic Games.

Russia opened the tournament defeating the Netherlands 3-0. Dimitrii Pestretsov scored in the 30th minute gifting the home side a 1-0 lead into half-time. In the second half Russia’s counter attack continued to trouble the Netherlands’ defence, with both Eduard Ramonov and Lasha Murvanadze scoring.

The tournament continued with Russia taking to the field against hosts Great Britain, jumping to a 3-0 half-time lead.

Great Britain tightened their defence, however, a small gap gifted Russia the opportunity to score just before full-time. Pestretsov finished that fixture with two goals, and teammate Aleksandr Kuligin owned the other two to bring the final score to 4-0.

Great Britain and the Netherlands faced off in the final fixture of the tournament and finished with a 1-1 draw. For 30 minutes both sides had many opportunities but struggled to find the net and entered half-time 0-0.

In the second half both teams found gaps in the opposition’s defence, with substitute Martin Hickman scoring for the British. But the Netherlands’ Minne De Vos responded with a goal of his own to force the draw.

Ireland will host the next CP Football International Tournament on 31 March, ahead of the 2016 Pre-Paralympic Tournament set for 27 April in Salou, Spain.

More information on CP Football Pre-Paralympic Tournament can be found on the event website.