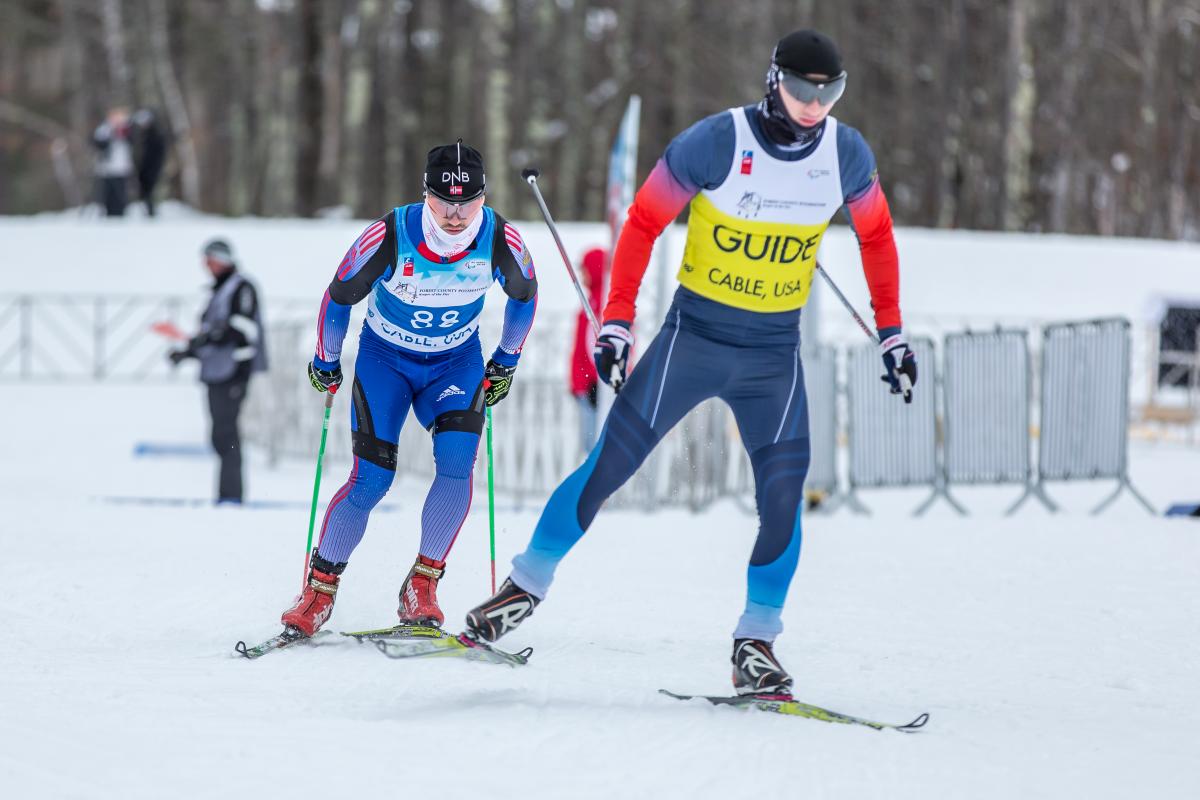 Vladimir Udaltcov and guide Ruslan Bogachev were part of a trio of Russian skiers who took gold in cross-country sprint events at Cable 2015.

ⒸIPC
By By Robert Murray | For the IPC

Elena Remizova and guide Maksim Pirogov also cruised to gold in the women’s race, giving them their third medal.

Silver was won by Ukraine’s Oksana Shyshkova and guide Lada Nesterenko, a feat Shyshkova was pleased with given the competition.

“I have very strong competitors so as usual, the race was quite tough,” Shyshkova said through a translator. “I’m happy with the result and satisfied with my skiing.”

After being held off the podium on Tuesday (27 January), Ukraine’s Maksym Yarovyi returned by winning gold in the men’s sitting. Russian Alexey Bychenok claimed silver and the USA’s Andrew Soule claimed his third medal in four races with bronze.

Soule’s achievement was part of a two-medal performance for the host country as Oksana Masters was awarded an emotional bronze in the women’s sitting.

“It is really rewarding to get on the podium,” Masters said.

Germany’s Andrea Eskau powered herself to her second gold medal and Norwegian Mariann Marthinsen took silver to round out the podium in the women’s sitting.

Ukraine’s Oleksandra Kononova continued her domination in the women’s standing, charging to an unbelievable fourth gold medal and 100 per cent record in cross-country and biathlon from Cable 2015.

“It is a fight but in a good way,” Ripa said. “I think she [Kononova] is very happy today that she beat me and I think she had a very good race today and I am very happy to be second.”

The men’s standing saw Russia take their third gold of the day courtesy of Vladislav Lekomtcev. France’s Benjamin Daviet took silver to once again find his way onto the podium.

“It was a hard race,” Daviet said with the help of a translator. “Third medal in three days. It is very good.”

Lekomtcev’s compatriot Rushan Minnegulov took bronze to round out the top three.

Live results will be available at the Cable 2015 website as well as a livestream.