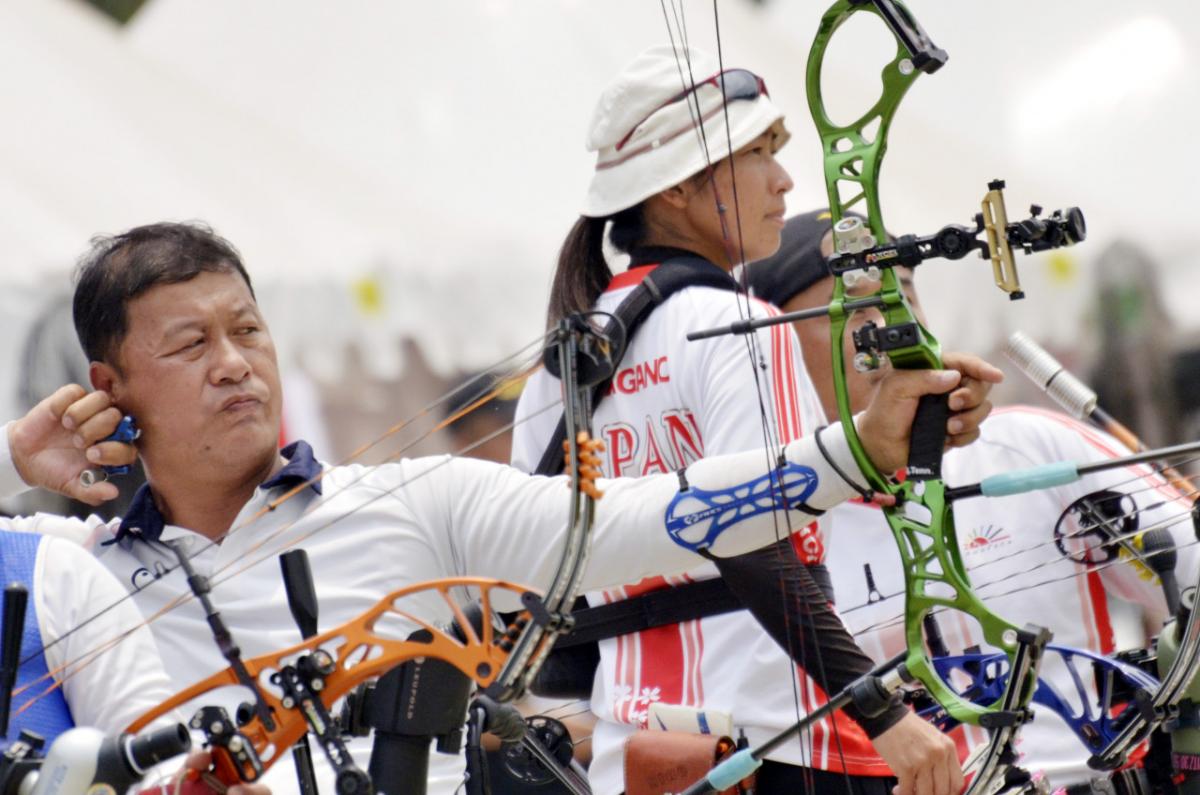 Both are among the top-ranked athletes set to compete at the World Archery-recognised event, which will feature seven sports in total and is a key stop on the road to the Tokyo 2020 Paralympics.

Lee is the world No. 14 in the men’s compound individual open heading into Sharjah. A series of top 10 finishes have seen him secure his place in the world rankings, including a silver at the 2018 Asian Para Games in Jakarta, Indonesia, last October.

Lee was also part of the bronze medal-winning team in the mixed compound open from the Rio 2016 Paralympics.

“I would like to win a gold medal!” Lee exclaimed when asked what his aims are for the World Games. But he also has a longer-term goal in mind. “Fortunately, unlike previous Games, archery at the IWAS World Games is approved by World Archery.

“I think it would be a good opportunity for me to check my performance level before Tokyo 2020, competing with other Para archers.”

Lee and Koo train alongside each other five days a week at a centre run by the Korea Disabled Veterans Sports Council. Both men gained their impairments whilst carrying out military duties. Lee was involved in an accident during battle drills when he was in the special forces, whilst Sub was injured by a fall, also during drills.

Sub is the world No. 13 in the men’s W1 individual. His ranking is also the result of a series of top 10 finishes at international competitions and he is hoping that he can deliver a golden performance at Sharjah 2019. It would follow on from his team silver in the men’s team W1 at Rio 2016.

“As a Korea national representative Para archer, this year would be very important not only for me but also for our county to win a quota slot for Tokyo 2020,” Sub said. “I think this time will give me a chance to evaluate myself in terms of performance level, which would be a good preparation for other international matches planned this year.”

Sub, who took up archery because he thought it was the ‘coolest’ of all the sports he tried after his accident, also dreams of stepping onto the World Championship and Paralympic podiums:

“I think I am still lacking in many things to be one of the best archers in the world. I will keep practicing hard to win a medal in individual category at a World Championships or Paralympics someday.”

Lee, now aged 53, has his own sights firmly fixed on the top prize, something which has so far eluded him in his almost 30-year career.

“I would like to win a gold medal in an individual category at Paralympics before my retirement,” he said.

More than 500 athletes from 45 countries will compete at the IWAS World Games 2019 in archery, athletics, badminton, shooting, swimming, table tennis and wheelchair fencing.

Most competitions will be sanctioned by the relevant International Federation and in some cases, results will go towards the all-important world rankings which feed into Tokyo 2020 qualification.