The BC1 Greek athlete is coming off an upset win from the European Continental Cup in April. 17 Jun 2015
Imagen 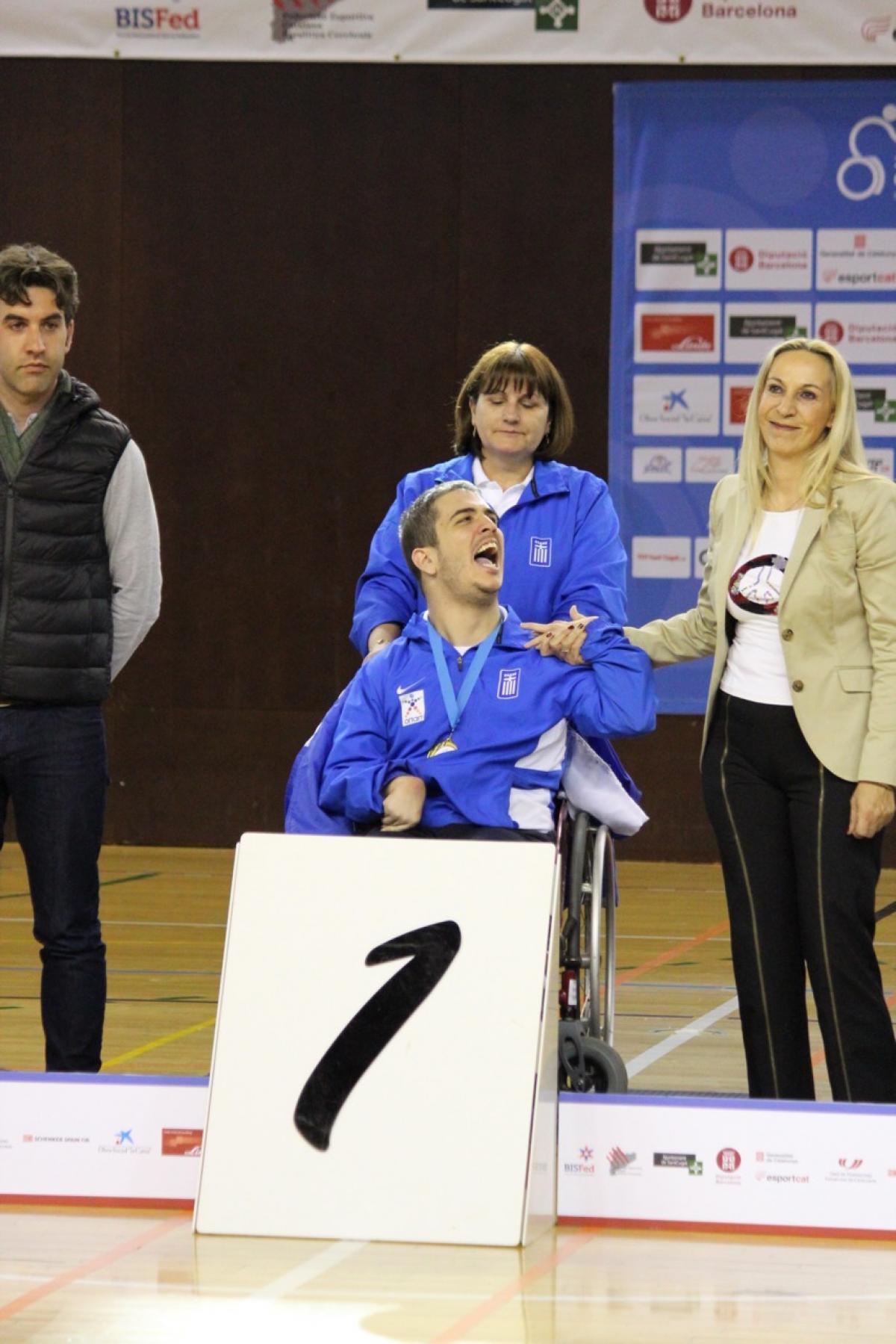 Greece's Panagiotis Soulanis wins gold in the BC1 category at the 2015 Boccia European Continental Cup.

ⒸBISFed
By Caroline Davis | For the IPC

“The Greek athletes perform very well internationally, especially in BC3 and BC1,” Soulanis said. “I hope for a good performance, with a view to doing well at Rio 2016.”

Greece’s Panagiotis Soulanis pulled one of the biggest shocks in the European Continental Cup in April. Now, Soulanis can prove that was no fluke when he takes part in the 2015 Boccia World Open, which begins Wednesday (17 June) in Poznan, Poland.

Ranked No. 9 in the world in the BC1 category, Soulanis upset No. 1 David Smith of Great Britain in the European Cup semifinals, and went on to win gold. But Soulanis is careful not to let that victory get to his head.

“I feel a lot of pressure, because I have to play with acclaimed athletes,” Soulanis said. “With a clear mind, I believe I will overcome it. Concentration and good preparation are surely required, so as to be able to play well.”

“My tactics are my calmness and to focus on my target, in an attempt to win,” he said. “Always in boccia, there is something that you should improve. Through training, I try to improve myself and encounter every game separately.”

Soulanis will be one of 143 competitors from 31 countries competing in Poznan. The tournament will consist of team, pair and individual events.

For the Greek national team, Soulanis is confident they can build upon their performance from the European Continental Cup, where they managed to secure two gold medals (the other in the team event).

“The Greek athletes perform very well internationally, especially in BC3 and BC1,” Soulanis said. “I hope for a good performance, with a view to doing well at Rio 2016.”

But he faces strong opposition from Czech Republic’s Katerina Curinova, who is the highest-ranked female athlete in the BC1 category.

At No. 7 in the world, Curinova has utilised sneak tactics against her opponents to stay in the top-10.

“The toughest opponent is Soulanis Panagiotis from Greece; to knock his boccia balls off the court costs me so much energy,” Curinova said. “The other is David Smith, as he is so accurate. My tactic is to beat them by just one single point, in every end.”

Curinova is the highest-ranked Czech athlete at international level in boccia and is one of three who will represent the country this week. With sights set on Rio 2016, she can use this week’s competition to see how she measures up.

“It is hard for me to say what the Czech team could possibly achieve, as it depends on the pools,” she said. “We also need a bit of luck. But, on the other side, we have trained hard to have good success.”