Athletes are assigned to three sport classes and have to wear eyeshades to ensure fair competition. 03 May 2016
Imagen 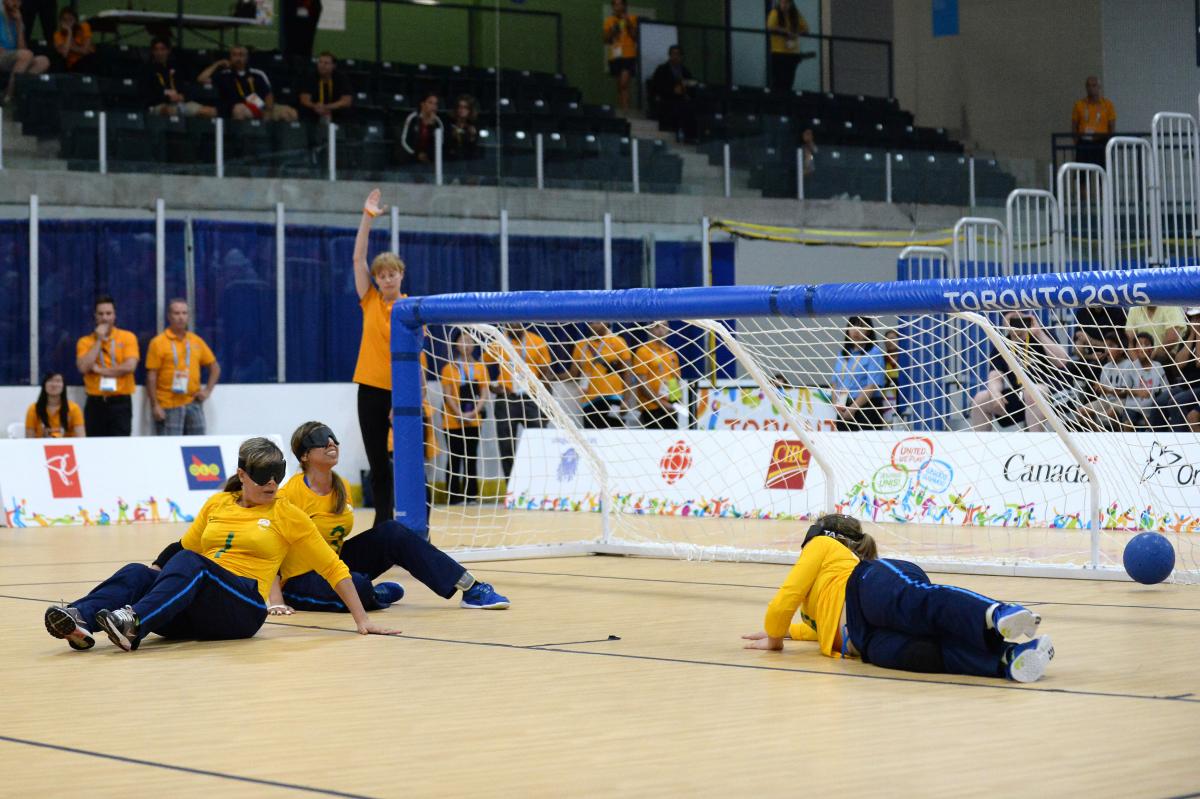 ⒸJon Blacker for the IPC
By Rosanna Haroutounian and IPC

Athletes competing in goalball all have varying degrees of visual impairment ranging from B1-B3 sport classes.

B1: These athletes have a very low visual acuity and/ or no light perception.

B2: Athletes with a B2 sport class have a higher visual acuity than athletes competing in the B1 sport class and/ or a visual field of less than 5 degrees radius.

B3: Athletes with a B3 (or equivalent) sport class have the least severe visual impairment eligible for Paralympic sport. They have the highest visual acuity and/or a visual field of less than 20 degrees radius.

In order to ensure a fair competition between the teams, all players must wear eyeshades during the game. Only athletes with visual impairment are eligible to compete.