A look at top contenders in division ahead of sport’s Paralympic debut. 25 Oct 2018
Imagen

Taekwondo will debut at the Paralympic Games at Tokyo 2020. Athletes will contend six medal events and Paralympic.org is profiling each ahead of those Games.

Speed, strength and one of the sport’s biggest superstars define the up to 58 kg K44/K43 group – the women’s middleweight division.

Here are the top women fighting for a place at the Games:

The women’s up to 58 kg division features one of the sport’s true superstars – Denmark’s Lisa Gjessing. The Danish dynamo nearly qualified for the 2004 Olympics before losing her hand to cancer. Since taking up Para taekwondo in 2013, she has won nine straight tournaments. Gjessing has yet to lose a fight – and is now the sport’s only remaining undefeated No. 1-ranked fighter.

Five fighters are battling for the other three positions allotted to the K44 world rankings. One of Russia’s Ayshat Ramazanova* (No. 2) or Mariyam Salimgereeva* (No. 5) should claim one spot, leaving the USA’s Brianna Salinaro (No. 3), Turkey’s Gamze Gurdal (No. 4), and Mexico’s Jessica Garcia Quijano (No. 6) to battle it out for the remaining positions. Ramazanova fell to Gjessing at last year’s Worlds, while Salinaro and Garcia Quijano claimed bronze.

The K43 positions are wide open as there are currently no fighters who have met the qualification criteria. But several up-and-comers are expected to battle for the positions over the next year. In the event that does not happen, the positions will be awarded to additional K44 fighters.

Those who have not claimed qualification slots through the world rankings route will need to win a continental qualification tournament in early 2020. Countries that have already secured four spots (two men and two women) in the six divisions will not be able to send athletes to these tournaments where, for the first time, K43 fighters will face their K44 foes.

Nigeria’s two-time African champion Faith Obazuaye (No. 7) and Rwanda’s Consolee Rukundo (No. 9) are the fighters to fear in Africa.

In Asia, Nepalese duo of Sita Bhandari (No. 12) and Palesha Goverdhan (No. 13) may end up facing each other for the right to fight in Tokyo. Bhandari claimed bronze at the Asian championships this year, while Goverdhan made the quarter finals at the 2017 Worlds.

If Salinaro or Garcia Quijano fail to qualify through the world rankings, they can do it through the Americas. Brazil’s Christhiane Nascimento (No. 10) and Jamaica’s Shauna-Kay Hines (No. 14) are other names to watch for.

The early frontrunners in Europe are Serbia’s Marija Micev (No. 8), who claimed bronze at this year’s regional championships, and Ukraine’s Oksana Hrankina (No. 11).

Japan has up to three positions across the six divisions and must select at least one woman. While Japan has world ranked athletes in four of the six divisions, there are currently no ranked Japanese athletes in the women’s up to 58 kg. If that remains the case, the position will be allocated to a fighter yet to qualify. 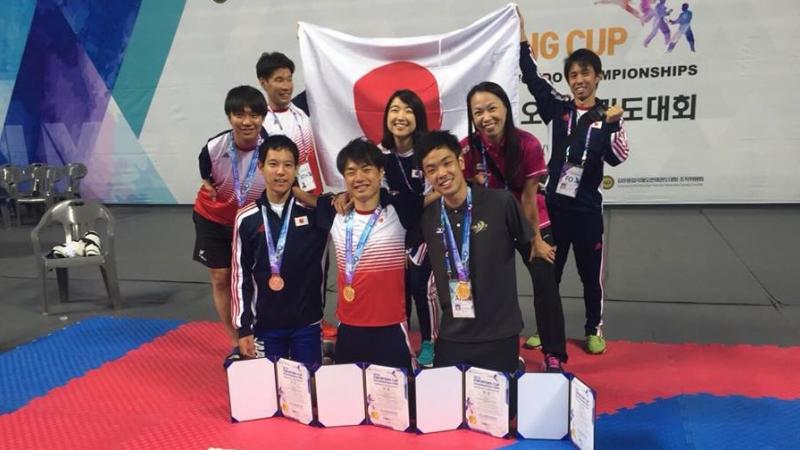