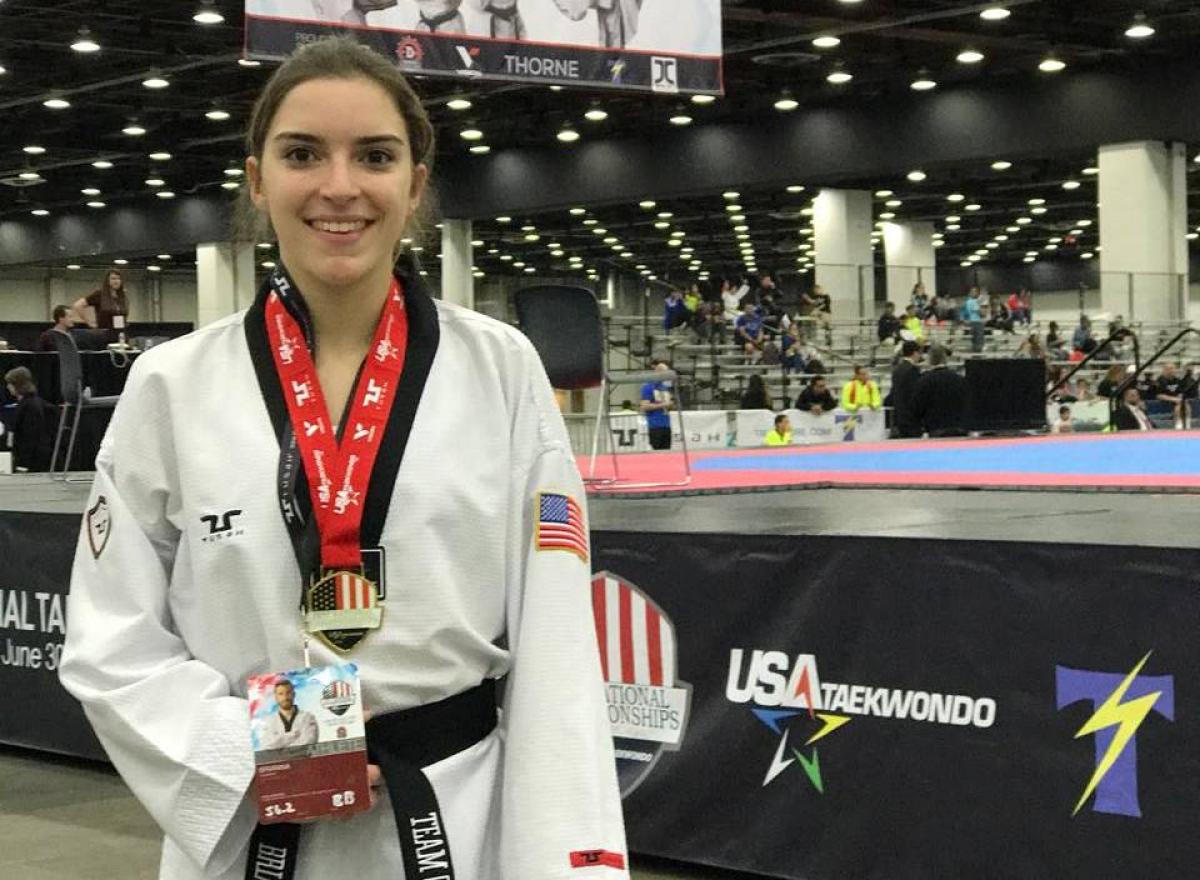 The USA’s Brianna Salinaro is fighting to claim a berth in Para taekwondo’s debut at the Tokyo 2020 Paralympic Games and is not letting her impairment hold her back.

In 2017 she became the sport’s first – and remains the only – fighter with cerebral palsy to win a World Championship medal with bronze in the K44 class. Her cerebral palsy affects her balance, flexibility, and motor skills – the very movements necessary in taekwondo.

Ranked world No. 3 in the women’s up to 58kg K44, Salinaro is determined to make her Paralympic dream come true.

“Cerebral palsy is like climbing a ladder,” she explained. “Will I win every match? No. Will I train to? Of course.”

You kick, I block

Salinaro was diagnosed with spastic diplegia at a young age. Her spastic muscles are constantly contracting, restricting movement and encumbering flexibility. It is her legs that are affected, an enormous challenge in a sport that is kick-heavy.

“It’s like the message from my brain to my legs is ‘always be tight,’” explained Salinaro. “It affects my balance, my tightness of muscles, and leaves me with lots of pain in my back and legs.”

Virtually all her opponents have upper-body limb impairments, leaving their legs limber.

Salinaro just focuses on her strengths in training.

“Their legs are fine – they have the flexibility of able-bodied athletes,” explained Salinaro. “It’s harder [for me] to kick, but it’s easier [for me] to block. So, I focus on blocking and moving.”

No pain, no gain

There were surgeries, leg braces; and physical, occupational and speech therapies. There were also taunts from classmates.

Salinaro’s parents enrolled her in sparring at a young age. She always fought with able-bodied athletes, although she admitted to never having won. She briefly considered quitting.

Then she discovered Para taekwondo and credits the sport with increasing her flexibility and movement.

“The way I can move has grown exponentially. I’ve learned to accept my disability, work with it, and conquer it,” she said.

“Lots of people [with cerebral palsy] lose mobility at this age,” said Salinaro. “I’m not feeling it as much. Just the ‘athlete pain’ from training.”

Salinaro is the USA’s first woman Para taekwondo fighter with a Worlds medal, which means a lot to her.

“It’s the biggest title I have,” she said. “Now I need to change the colour.”

The race to claim one of four automatic berths for her country to Tokyo 2020 is tight, as less than 50 points separates the No. 2 and No. 6-ranked fighters.

“Qualifying for Tokyo 2020 would mean everything; it would mean I did what other people didn’t think I could do,” she said. 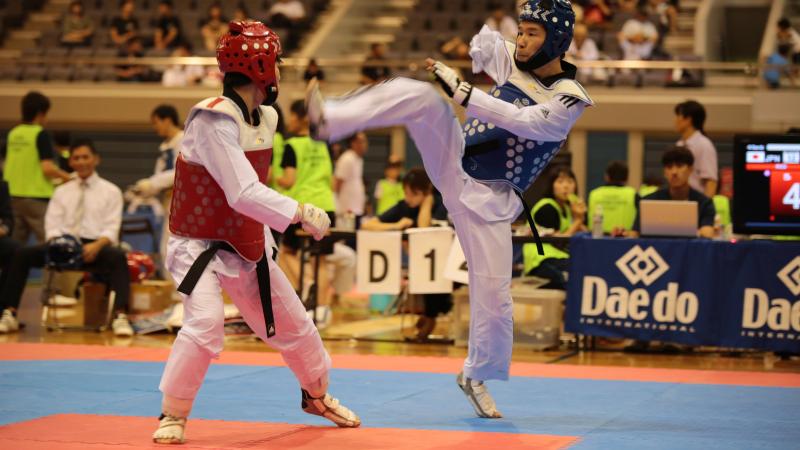 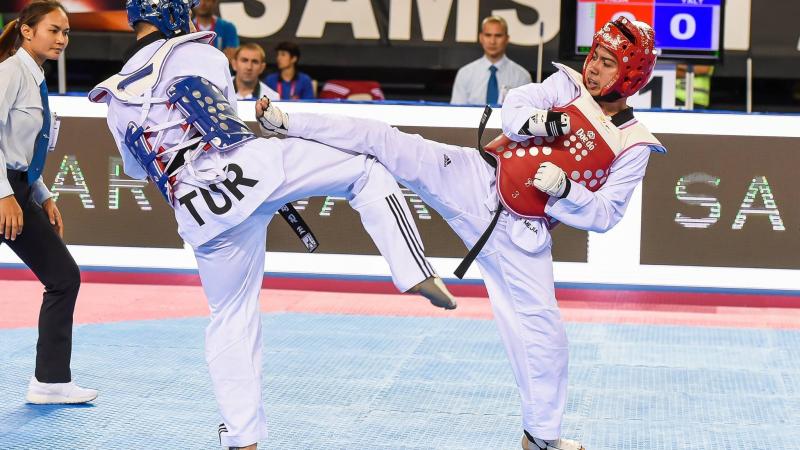