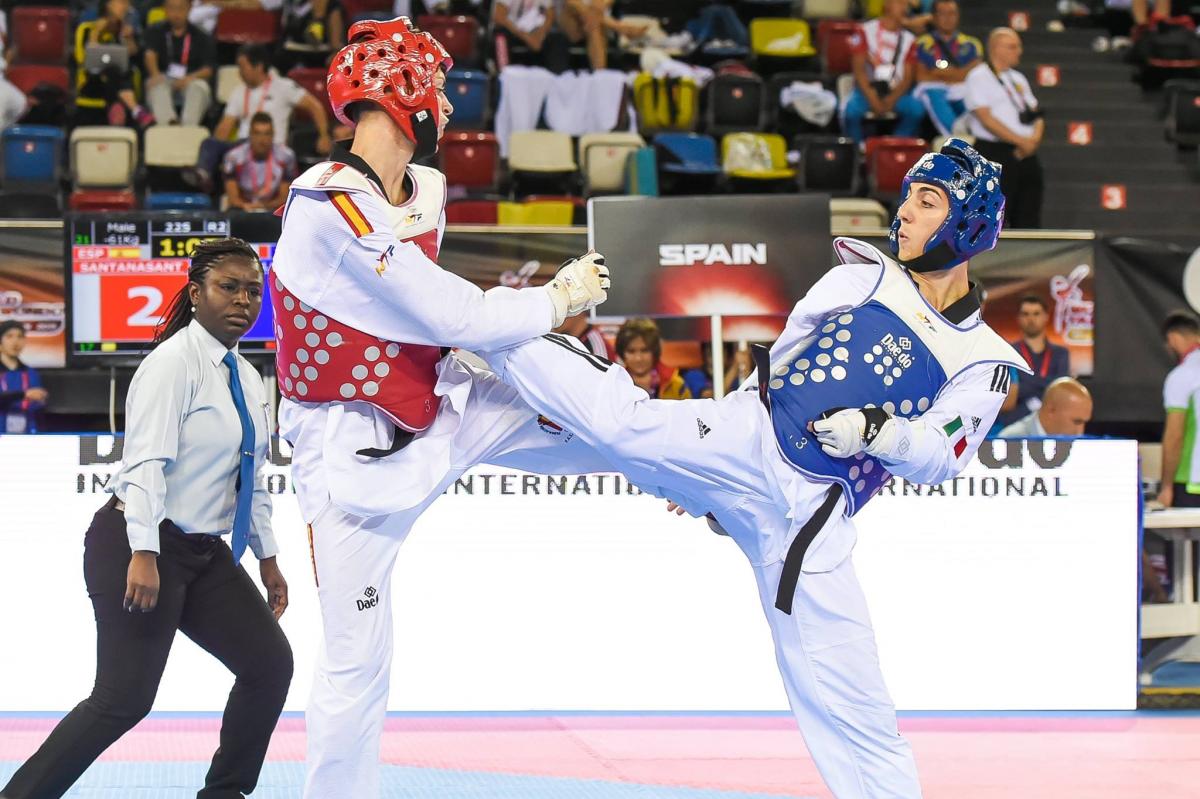 Italy’s Antonino Bossolo has broken into Para taekwondo’s world top five after his superb victory at the European Open Championships in Bulgaria.

The Italian’s first European title saw him jump three positions to No. 4 in the men’s up to 61 kg K44 rankings. Bossolo stunned Mongolia’s No. 1 Bolor-Erdene Ganbat in the semi-final and Turkey’s No. 2 Mahmut Bozteke in the final to earn his world ranking spot.

The top four fighters in the K44 rankings at the end of 2019 will automatically earn a slot for their country at the Tokyo 2020 Paralympic Games, where taekwondo will make its debut.

Azerbaijan’s Aynur Mammadova is up to No. 4 in the women’s over 58 kg after the 2015 world champion claimed her first European crown.

Turkey’s Gamze Gurdal replaced the USA’s Brianna Salinaro as world No. 4 in the women’s up to 58 kg thanks to her European bronze.

Serbia’s Nicola Spajic and Marija Micev both moved into their respective divisions’ top 10 after bronze medal wins in Bulgaria.

Still at the top

After a fifth-place finish in the Europeans, Croatia’s Ivan Mikulic remains world No. 1, but only just. He now sits 21 points above Iran’s No. 2 Asghar Aziziaghdam in the men’s over 75 kg K44.

France’s European champion Bopha Kong remains undefeated in major events this year and continues to lead the men’s up to 61kg K43.