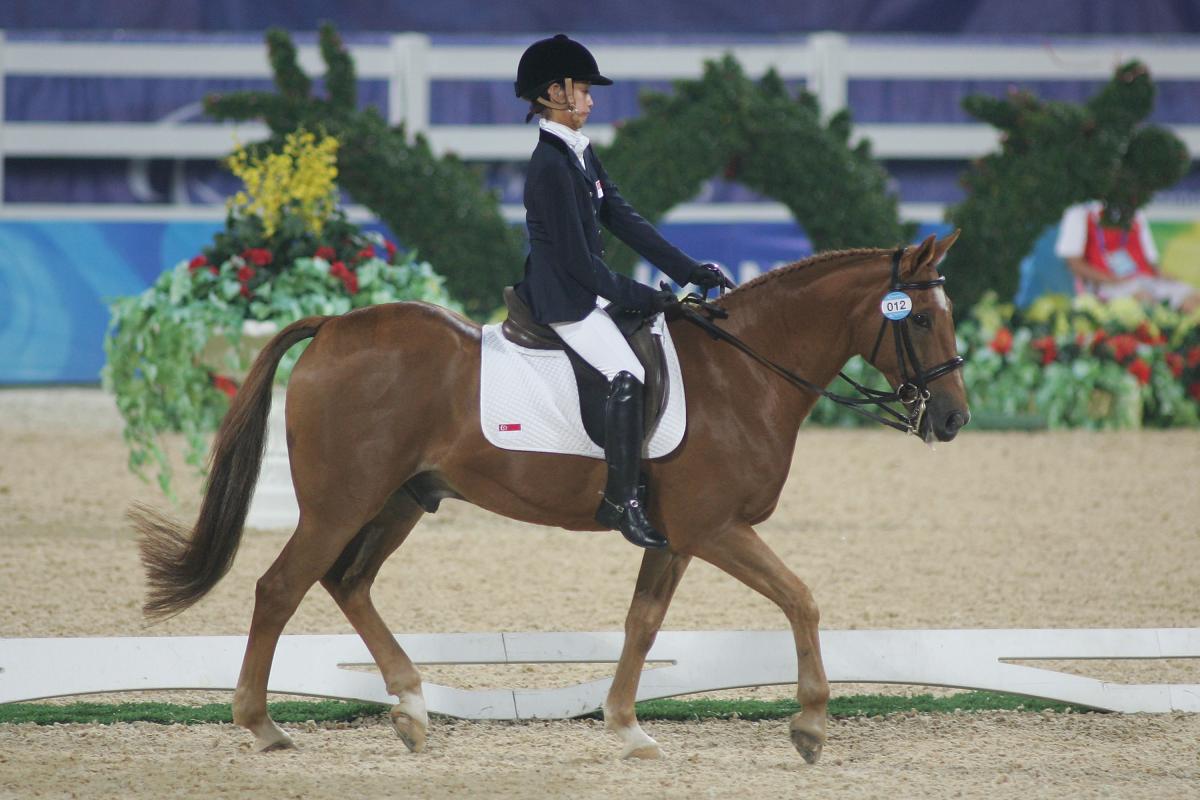 Laurentia Tan of Singapore is a double Paralympic medallist.
ⒸGetty Images
By Robert Howell | For the IPC

Tan won the grade I freestyle with a score of 76.000% ahead of Germany’s Elke Philipp and Singapore’s Gemma Foo, before finishing runner up to Philipp in the individual. Writing on her Facebook page Tan said: “I am really happy because I am Deaf and cannot hear the music! It was great to see the Singapore flag flying high and to get the national anthem playing.

“Just six months ago I was very ill and in so much pain I could not even sit up so I am thankful to my Volker Eubel and his team, and my team of support.”

German riders made much of the home advantage, taking all the honours in two grades. Alina Rosenburg won both grade II competitions, while Claudia Schmidt and Steffen Zeibig took the grade III individual and freestyle titles respectively. Belgium’s Arthur Dieusaert won both grade V tests while France’s Jose Letarte won the grade IV individual test ahead of Belgium’s Manon Claeys. Those places were swapped in the freestyle however, with Claeys taking that title.

The overall team title at the event, which ended on 9 July, was won by hosts Germany, with Belgium and France in second and third.

It wasn't just Germany who dominated their home event. There was a clean sweep for Great Britain’s riders at the annual British Festival of Dressage, held in Hartpury, Great Britain. Home riders took individual and freestyle titles in every grade, winning the team competition by 55 points along the way.

Rio 2016 gold medallist Sophie Wells – the only Rio team member to compete at Hartpury – led the charge, taking both grade V titles ahead of team mate Charlotte Cundall. Wells scored 80.550% to win the freestyle, the highest score of the competition.

Grade IV titles went to Izzy Palmer in the individual test and Nicky Greenhill in the freestyle. Both riders are part of Team GB’s World Class programme and are looking to finally break onto the main team at this year’s European Championships in Gothenburg.

Palmer and Greenhill are joined on that quest by Suzanna Hext who won the grade III freestyle and took the top two spots in the individual.

Natasha Adkinson scored 73.000% when topping the Grade II individual competition before also winning the freestyle. Speaking after the grade’s prizegiving Adkinson said: “I have had a lot of time off this year with health issues so it is lovely to be here. I was very nervous on the first day but my wonderful horse Caly, who I have owned since she was six months old, supported me all the way. Today, Caly loves music and felt on top form. I am so proud of her.”

Grade I honours went to Julie Payne on Athene Lindebjerg – the horse on which Sophie Christiansen won three golds in Rio 2016. She won the individual title ahead of Mari Duward-Akhurst and Hong Kong’s Natasha Pui Ting Tse. And it was a Payne, Duward-Akhurst one, two again in the freestyle competition too.

Even though it looks increasingly like Team GB’s Rio stars Lee Pearson, Natasha Baker and Sophie Christiansen will not compete at the Europeans, Hartpury’s results once again give selectors the happy dilemma of picking a team from another less well-known but just as talented group of athletes. 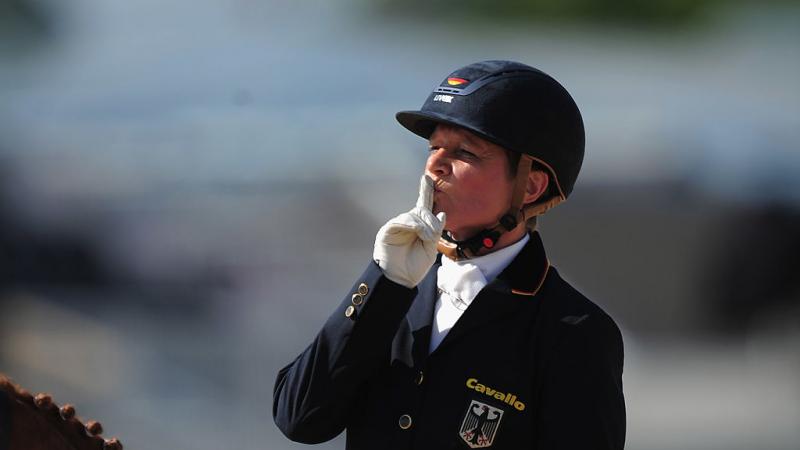