Find out the top countries in Paralympic winter sport and their best medal hopes for the Sochi 2014 Games. 06 Mar 2014 By Ryan McKenna | For the IPC

Norway have been around since the first Paralympic Winter Games in 1976 and have been a strong country in every sport, every year.

Norway have been around since the first Paralympic Winter Games in 1976 and have been a strong country in every sport, every year. In ice sledge hockey in Sochi, they will be led by defenceman Rolf Pedersen, who has medalled in every Paralympics since 2002 and is a force on the point for the Norwegians. They also have strong Nordic skiers in Nils Erik-Ulset and Mariann Marthinsen.

In Sochi, Germany will be home to two key alpine skiers in Andrea Rothfuss and Anna Schaffelhuber who will be aiming for gold at Sochi 2014. Rothfuss is coming into Sochi hot after four silvers in standing class at the 2013 IPC Alpine Skiing World Championships in downhill, slalom, giant slalom and super combined. Schaffelhuber won gold last year at the World Championships in the women’s slalom sitting and dominated the IPC Alpine Skiing World Cup circuit this season.

Always known for being a dominant country on the slopes, Austria have a pair of athletes looking to impress at Rosa Khutor. Markus Salcher won downhill and super-G last year at the World Championships in the men’s standing class, while Claudia Loesch also won gold in giant slalom, super-G and super combined in the women’s sitting class.

The USA have big medal aspirations in Sochi in both the costal village as well as in the mountains. Ice sledge hockey forward Josh Pauls and arguably the best goaltender in the world, Steve Cash, will look to lead the charge at Shayba Arena as they try to defend their Paralympic gold. Snowboarders Evan Strong and Amy Purdy will look to star when snowboard makes its Paralympic debut.

Finland’s medal haul will have to be a full team effort at Sochi 2014 if they look to improve from Vancouver 2010’s one silver and one bronze. At Torino 2006, they logged nine medals, and in Sochi they will field a wheelchair curling team for the first time, along with a star cast in Nordic skiing.

The host country is always a favourite at any Paralympic Games. Russia was one gold shy of tying Germany at Vancouver 2010 for the most medals and overall finished with 38 which led all countries. The home team’s sport in Sochi will be Nordic skiing, as Roman Petushkov and Mikalina Lysova will anchor the squad in the men’s and women’s competitions, respectively. Dmitry Lisov will look to lead a potent ice sledge hockey team, while also in the costal village, skip Svetlana Pakhomova will be looking to find the podium after a fourth-place finish at the 2013 World Wheelchair Curling Championships.

Rosa Khutor is where Switzerland will have their best chance to improve on their medal totals. Last year at the World Championships, Michael Bruegger captured a silver in downhill and bronze in both giant slalom and super-G in the men’s standing class.

France are still hoping for more medals at Sochi 2014. They notched six at Vancouver 2010 and will be a threat at Rosa Khutor in alpine skiing with six-time world champion Marie Bochet and Opening Ceremony flag bearer Vincent Gauthier-Manuel. Since joining the world circuit, Bochet has been great, and at last year’s World Championships, she won gold in downhill, slalom, giant slalom, super combined and super-G in the women’s standing events.

Canada are coming off a strong showing at their own Games at Vancouver 2010. This year in Sochi, their ice sledge hockey team led by Brad Bowden and Greg Westlake is ranked first after a win at the 2013 IPC Ice Sledge Hockey World Championships A-Pool. Canada’s flag bearer Sonja Gaudet will look for gold at the Ice Cube Curling Centre in wheelchair curling and at Rosa Khutor with Mark Arendz and Brian McKeever in cross-country skiing and biathlon.

Sweden will look to once again find the podium at Sochi 2014. They’ve received bronze medals in each of the last two Paralympics in wheelchair curling, much thanks to skip Jalle Jungnell. Last year at the World Championships, Sweden earned a silver medal.

*Denotes country which previously went under a different name. 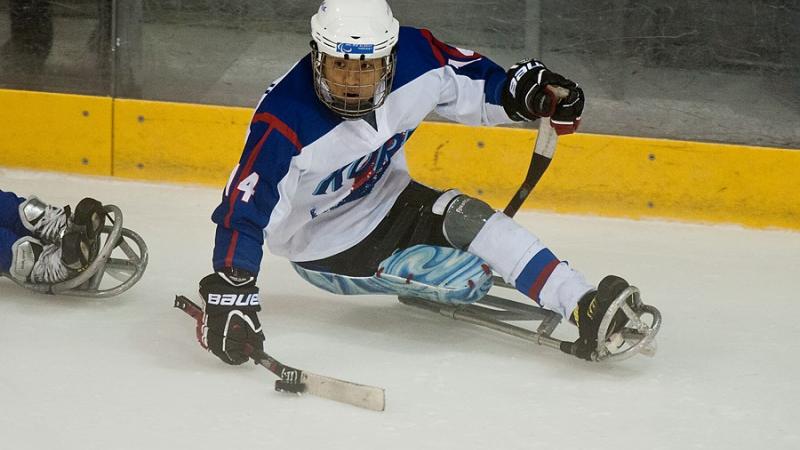 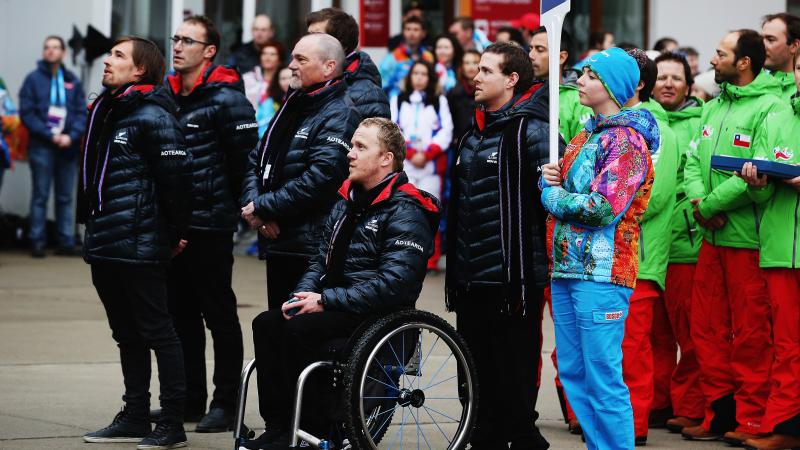