Competition is first to use the new names for the sport’s five grades. 02 Mar 2017
Imagen 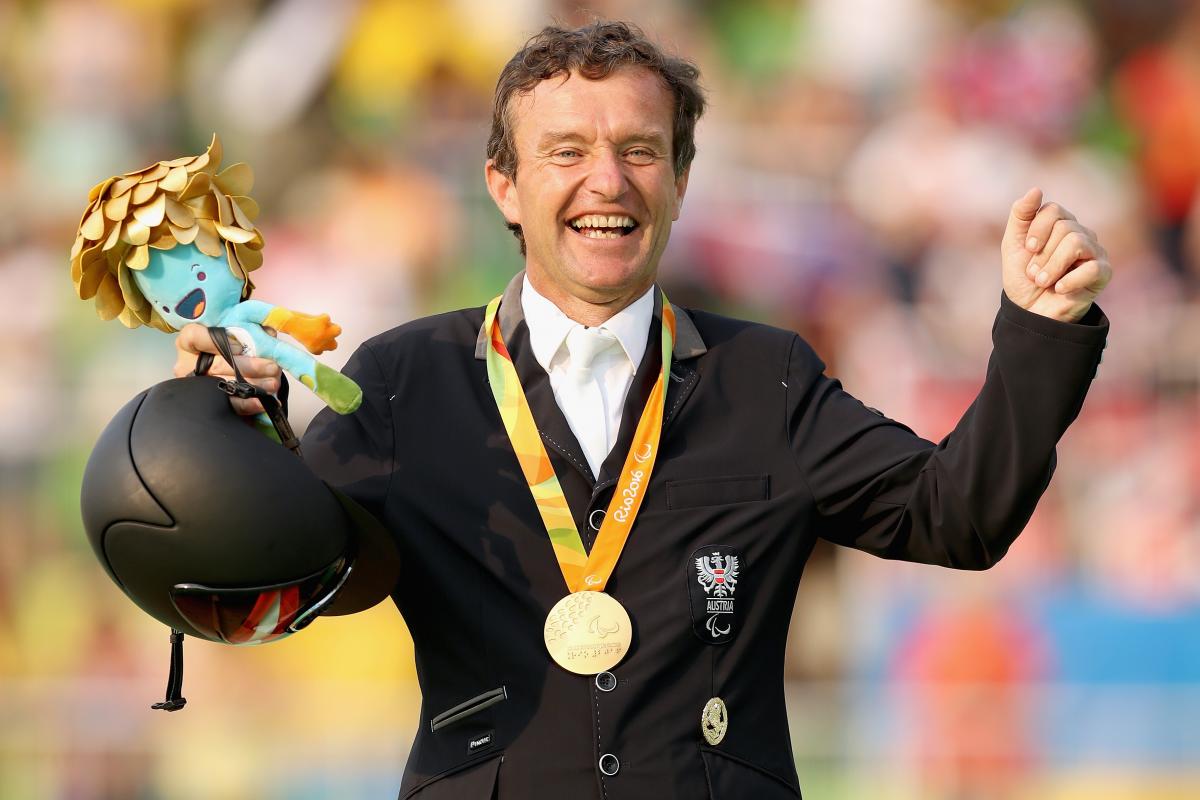 Pepo Puch of Austria wins the gold medal in the individual championship test - grade 1b at the Olympic Equestrian Centerl during day 7 of the Rio 2016 Paralympic Games at the Olympic Stadium on September 14, 2016 in Rio de Janeiro, Brazil.

“The arena is amazing – it’s huge and looks like it's from outer space!”

Gold, silver and bronze medallists from the Rio 2016 Para equestrian competition will meet in the arena for the first time since the Paralympic Games at the Al Shaqab competition in Doha, Qatar.

The competition, now in its sixth year, invited 21 of the world’s top riders to compete over three days beginning Thursday (2-4 March).

Three Rio gold medallists will be ones to watch in Doha – Austria’s Pepo Puch and Great Britain’s Sir Lee Pearson in grade II, and the Netherlands’ Sanne Voets in grade IV. They are joined by silver and bronze medallists Rixt Van Der Horst and Frank Hosmar both of the Netherlands, and Germany’s Elke Philipp and Steffen Zeibig. Riders from Belgium, South Africa, Saudi Arabia and Poland are also scheduled to compete.

“The arena is amazing – it’s huge and looks like it's from outer space!”