Following a selection camp, 26 athletes has been reduced with the final team for Rio 2016 to be selected in June. 10 Jan 2016
Imagen 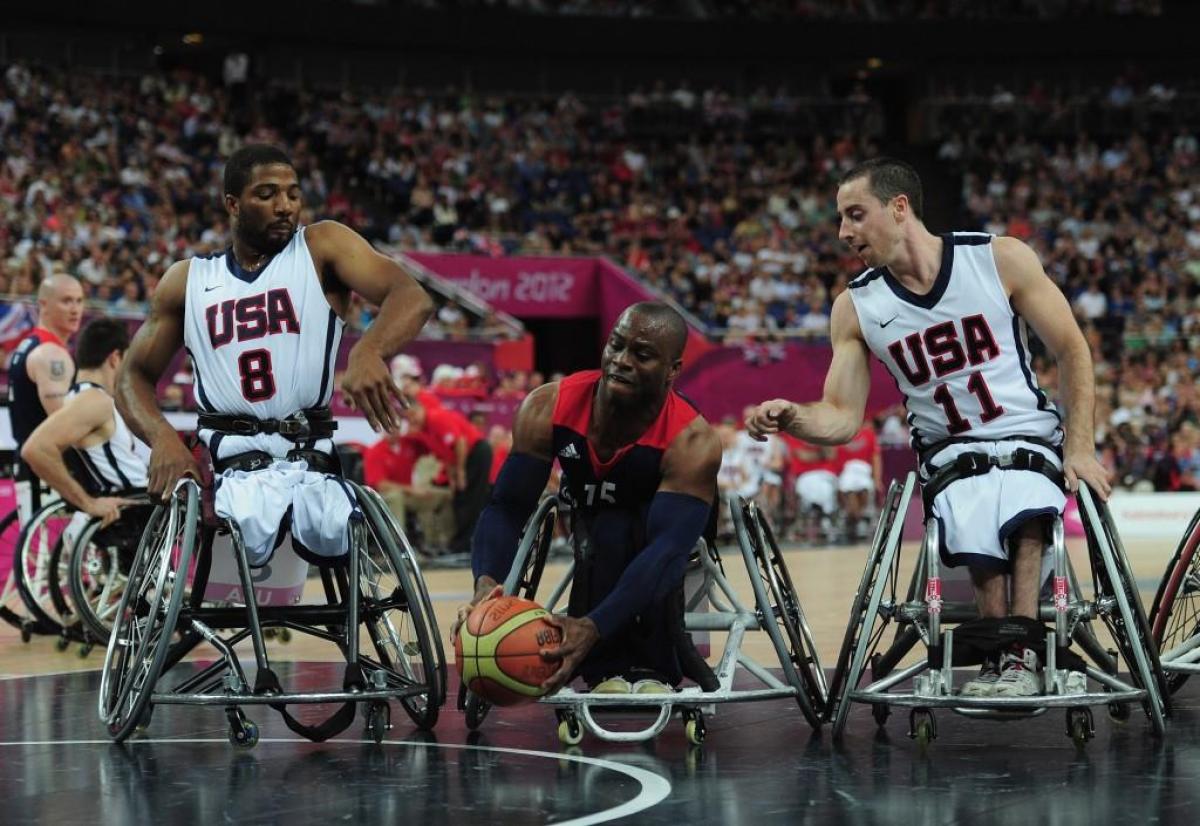 "We are pleased with the 16 athletes selected and think there is a nice balance between veterans and newcomers."

The US men's wheelchair basketball roster for the Rio 2016 Paralympic Games has been reduced from 26 athletes to 16 and is headlined by 10 returning Paralympians.

The four-day selection (3-6 January) camp consisted of intense practices and a variety of testing drills at the Colorado Springs Olympic Training Centre. The 10 US Paralympians have played together in a variety of combinations starting with the Athens 2004 Paralympics through the London 2012 Paralympic Games.

The final selection of 12 athletes that will represent the United States at the Rio 2016 Paralympic Games will occur in June, after several more evaluation camps and friendly international competitions. The Rio Paralympics are scheduled for 7-18 September.

Mike Paye and Steve Serio, the two captains of the gold-medal winning 2015 Parapan American Games Team, lead the roster of 16 athletes and both hope to make their third Paralympic Games. They played together on the 2006 and 2010 World Championship teams, and were together again at the 2008 Beijing Paralympics where the US finished fourth. Paye was a member of the Athens 2004 Paralympic Team, and Serio was a contributor to the bronze-medal London 2012 team.

Josh Turek and Will Waller are trying to make their third Paralympic Games. Turek, a member of the 2014 US World Championship squad that won a silver medal, first played on the big stage in 2004, while Waller, a three-time world championship player, got his first taste of the Paralympics in 2000.

Ian Lynch, Nate Hinze, and Trevon Jenifer are attempting to make their second Paralympic squad after winning bronze at the London 2012 Paralympics. Also joining in the journey for a second Paralympics is Matt Lesperance who was a member of the 2010 World Championships and the 2008 Paralympics.

In quest of their first US Paralympic Team are five standouts who helped the US to the gold medal at the 2015 Parapan American Games in Toronto: Jared Arambula, Brian Bell, John Gilbert, Aaron Gouge, and Jake Williams.

Jorge Sanchez is the newest addition to the pool of US Paralympic hopefuls and has played for the University of Texas at Arlington. He was also a member of the championship team at the 2013 America's Zone Qualifier for the 2014 World Championships.

The cumulative participation at major events of the 16 athletes proves to be rich with veteran talent and a welcomed addition of younger elite athletes. By the numbers, this group has 18 Paralympic Games and 23 World Championships combined. The roster returns eight from the 2014 World Championships and 10 from the 2015 Parapan American Games.

"It has been a pleasure to work with the high quality of athletes that attended this selection camp," said U.S. Men's Head Coach Ron Lykins of Columbia, Mo. "I'm thoroughly impressed with their continued improvement each day, and that is all we can ask for. We are pleased with the 16 athletes selected and think there is a nice balance between veterans and newcomers. Our focus is now turned towards preparing our players to compete in Rio."

The US men's team qualified for the Rio 2016 Paralympic Games by winning the 2015 Parapan American Games.

In addition to Lykins, Robert Taylor and John Sikora will serve as assistant coaches at the 2016 Paralympic Games. This coaching squad has been together since 2005, which included the US women's 2008 gold-medal performance at the Paralympics, the silver medal at the 2014 men's World Championships and the reigning Parapan Am Games champions. Scott Meyer will serve as the team leader.

The US men's team brought home a bronze medal from the London 2012 Paralympics and looks to improve in Rio de Janeiro. The men's team finished 7th in 2008 and fourth in 2004, following bronze-medal performances in 2000 and 1996. The last time that the US men's team last won a gold medal was at the 1988 Paralympics in Seoul, South Korea.