The USA beat Canada for gold and Russia defeated Norway for bronze at the IPC Ice Sledge Hockey World Championships A-Pool. 03 May 2015
Imagen 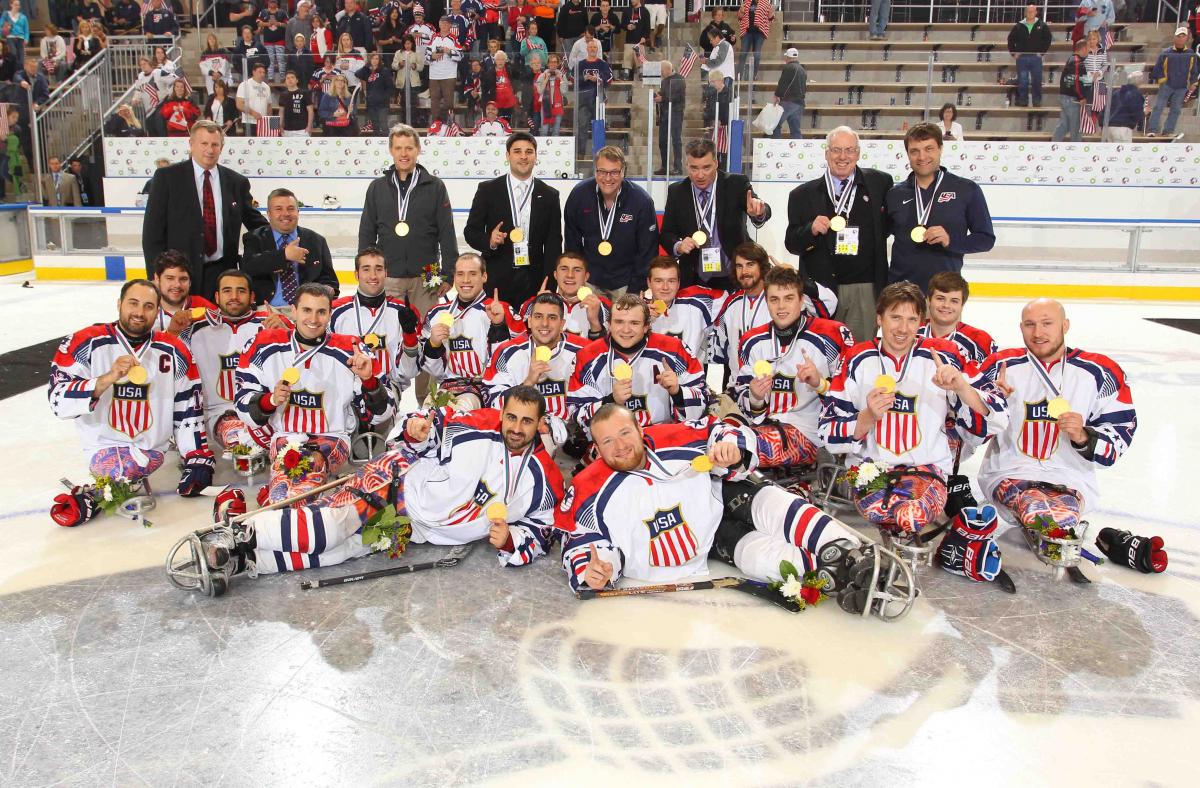 “To do this in front of our home fans and in front of a lot of people who have never even been exposed to sledge hockey before, it gives me a feeling of pride and speaks volumes to where the sport has come and how much it has grown.”

The USA shut out archrivals Canada, 3-0, on Sunday (3 May) in the gold-medal game of the 2015 IPC Ice Sledge Hockey World Championships A-Pool, securing their record-tying third world title.

The host nation’s teenage duo of 17-year-old Declan Farmer and 16-year-old Brody Roybal stole the show at the HARBORCENTER in Buffalo, New York, in the USA, along with speedster Josh Pauls and goaltender Steve Cash.

“This felt like a dream,” said Cash, who recorded a shutout in net, making eight saves on the day.

“Obviously, in Sochi, we worked really hard to win gold there, and I feel like this year we’ve been working even harder as a unit. To do this in front of our home fans and in front of a lot of people who have never even been exposed to sledge hockey before, it gives me a feeling of pride and speaks volumes to where the sport has come and how much it has grown.”

Despite neither team scoring in the first two periods, both sides had several opportunities, starting with Canadian defenceman Adam Dixon’s rocket of a shot at the net early in the first period, which was blocked by Cash.

Farmer came closest to scoring for the USA, slicing the puck just over goaltender Corbin Watson’s head at one point, while Roybal was taking hits by the minute from Canadian defenders, but bouncing right back up.

Although neither side capitalised in the game’s first two very physical periods, just 2:58 into the third period, Roybal fed the puck to Farmer, who immediately slapped it into the net to put the host nation out in front and ignite the crowd with chants of “U-S-A.”

Less than five minutes later, the USA’s Dan McCoy scored an even-strength goal, assisted by Buffalo’s own Adam Page. Canada tried to fight back as the period was winding down, but with 22 seconds left on the game clock, Pauls fired the puck into an open net to secure gold for the USA.

“My first year on the national team, we came up short in the World Championships against Canada in 2013, so it was great to get them back and win the title,” said Farmer, who started the USA’s scoring surge.

Canada failed to convert on any of their eight shots on goal.

“You only have so many chances to play in gold-medal games,” said Canadian captain Greg Westlake. “For me, this was the first one I’ve ever lost. I’ve been in three gold-medal games, and I’ve won them all. It’s different being on this side, but it is what it is.”

Watson was the named the tournament’s Best Goaltender, Pauls was awarded Best Defenceman and Russia’s Dmitrii Lisov was bestowed with the Best Forward honour.

A thrilling bronze-medal match was capped off when Ilia Volkov scoring the game-winning goal in overtime to lead Russia to a 2-1 victory and a spot on the podium.

In what turned out to be a back-and-forth battle, Russia came away with their second straight bronze medal at a World Championships, having also finished third at the last edition of the event in 2013.

Sergei Panfilov scored an even-strength goal with help from team captain Lisov and Volkov to give Russia an early 1-0 edge late in the first period.

Midway through the second stanza, Norway’s Jan Roger Klakegg tied the game, scoring off a wicked pass from teammate Thomas Jacobsen, who was playing in his first major tournament since being severely injured at the 2011 World Sledge Hockey Challenge.

Both teams put up strong walls on defence in the final frame of regulation to force a 10-minute overtime period. It was Volkov, who took a pass from Vasilii Varlakov to the net at the 6:53 mark in overtime, who sealed the deal for Russia, helping them wrap up another medal-winning performance.

“It was a battle out there, but our team played so much better today than the first few days of the tournament,” said Vadim Selyukin, the most veteran member of the Russian team.

“We would have like to play in the final with Canada or the USA, but considering we had some of our top players out we performed quite well.”

Live coverage of all the games at the World Championships, along with results, statistics can be found at Buffalo2015.com.

Images from the Championships are available at www.Flickr.com/Photos/Parlaympic. Media wishing to receive high-resolution images should contact [email protected] 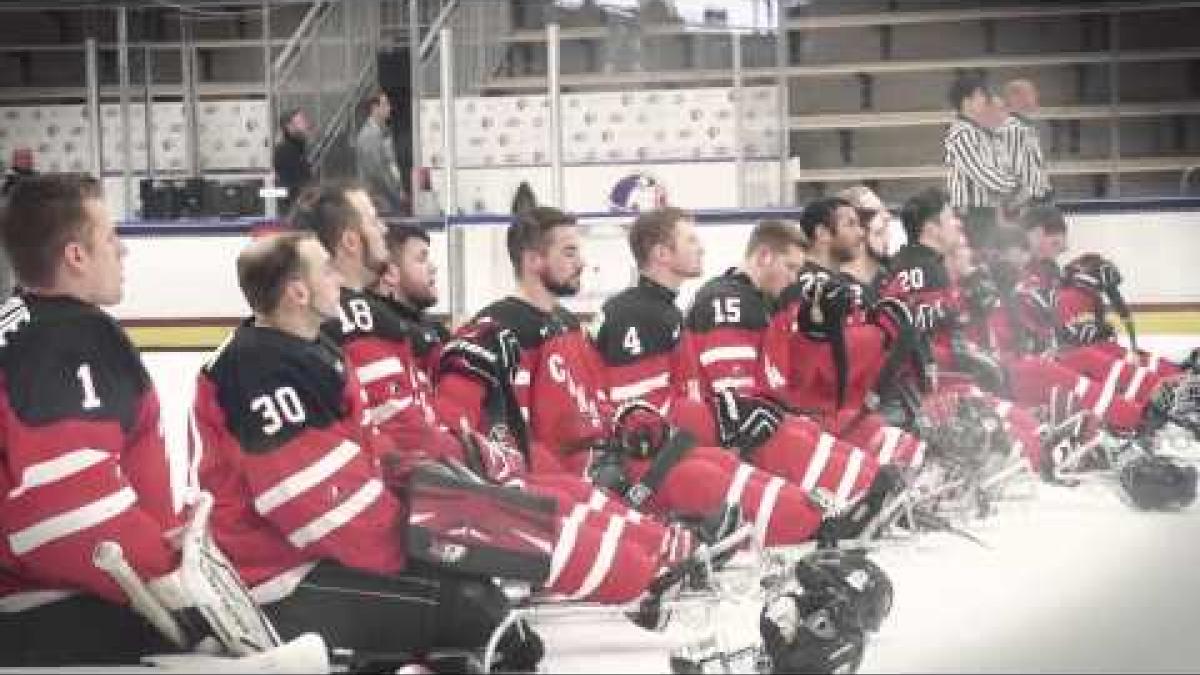 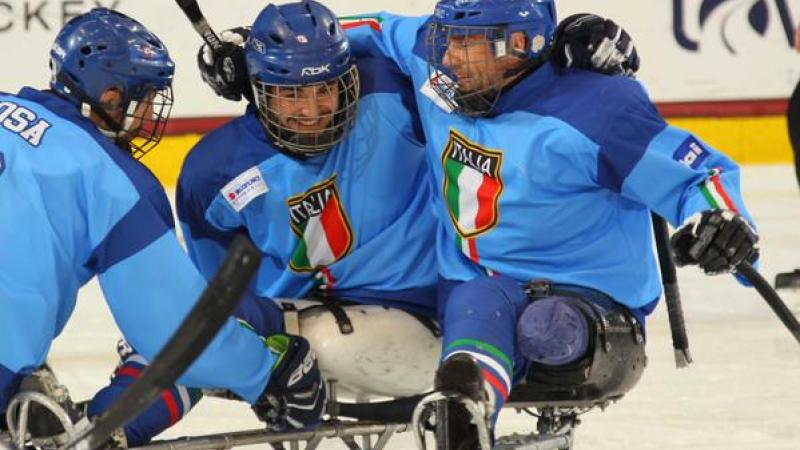 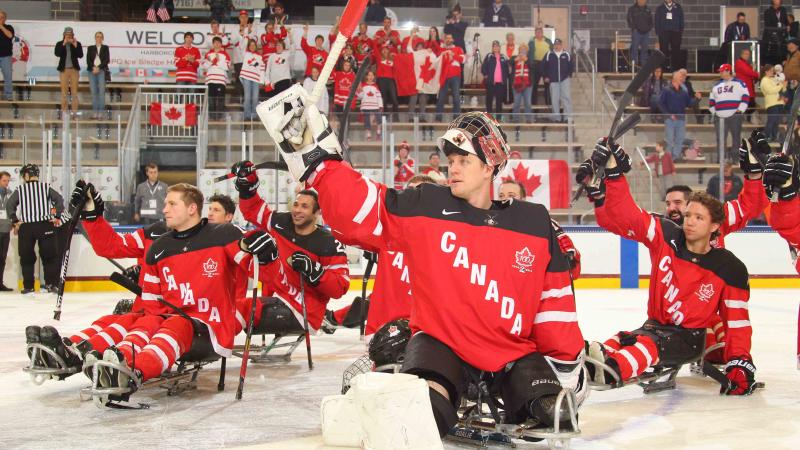