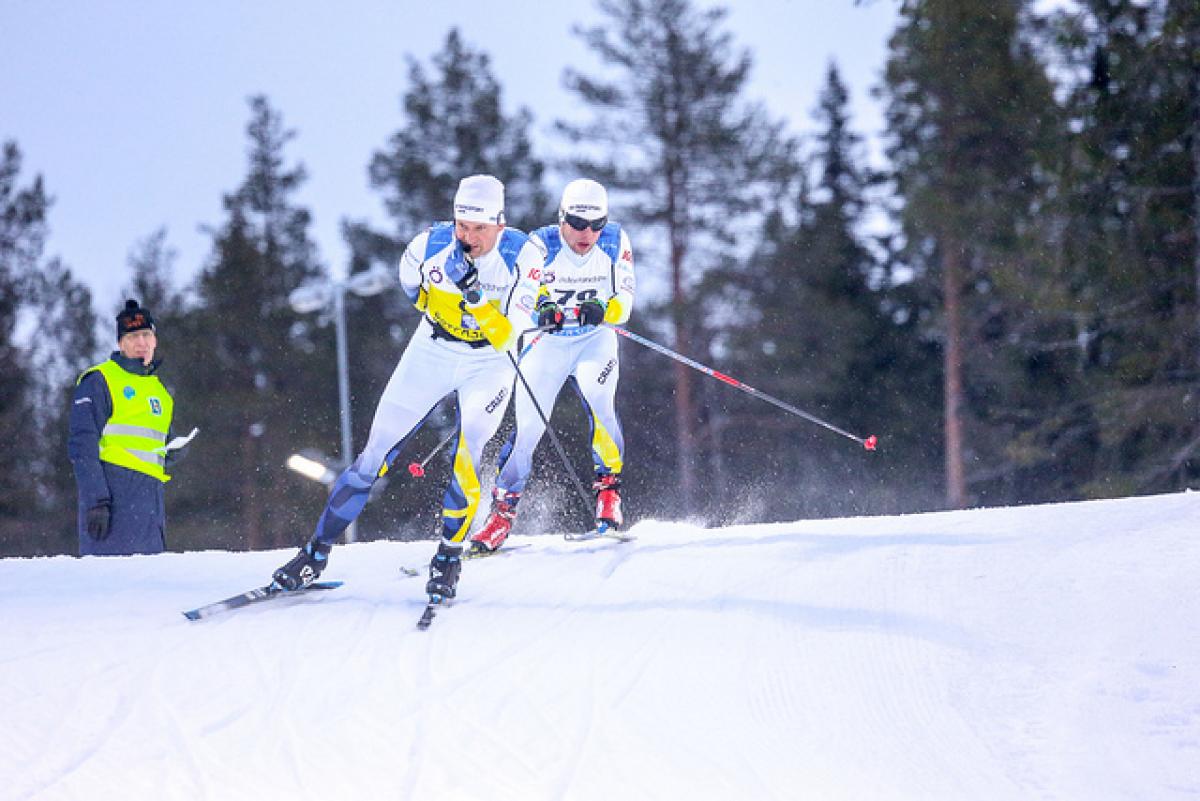 "Finally I have races at home and my family and lots of people I know are here cheering for me..."

"It was a tricky course and I didn't want to go too hard at the beginning, just get into the race smooth and then try to keep a good pace," explained Modin.

"Finally I have races at home and my family and lots of people I know are here cheering for me so of course I hope it was something special."

Modin was too strong for his competitors as he led the whole race with guide Jerry Ahrlin. Second place went to Norway's Eirik Bye and guide Eivind Roed, while Ukraine’s Dmytro Suiarko and guide Vasyl Potapenko took third.

Austria's Carina Edlinger dominated the women's vision impaired category. It was like a home win for her too as she now lives in Ostersund. With her guide Florian Seiwald, Edlinger beat Ukraine's runner-up Oksana Shyshkova and guide Vitaliy Kazakov by nearly three minutes.

"I have been living in Ostersund for two months now and I was hoping this time I am going on home ground but it was a completely different track," said Edlinger. "Since December I am skiing in B1 in black glasses and it's still really new for me."

Norway's Vilde Nilsen got the perfect 18th birthday present by winning the women's standing middle. She now has four wins from four races in cross-country this season and has a commanding lead in the World Cup standings.

Ukraine's Oleksandra Kononova pushed hard to the finish line as it was getting close between her and teammate Yuliia Batenkova-Bauman for second place. It was not enough however as Batenkova-Bauman took the silver medal by 11 seconds and Kononova had to settle for bronze.

The US team took four of the six medals on offer in the middle distance sitting competition. Oksana Masters won the women's race by a margin of 10.5 seconds to continue her comeback from double elbow surgery in the summer. Second place went to her teammate Kendall Gretsch, and Norway's Birgit Skarstein was third.

"It's really good to be done. It was a really tough race but I'm really happy," said Skarstein. "I was excited (before the race) this kind of feels like my home area. I'm from just four hours from here so it's really cool to come back and my family is here."

Daniel Cnossen won the men's race by a margin of 30 seconds for his fifth win of the season. His compatriot Aaron Pike took the silver. In the absence of Taras Rad due to illness, Vasyl Kravchuk made sure Ukraine were still represented on the podium taking third place.

The action from Ostersund continues on Sunday (13 January) with the long distance cross-country races, and runs until 19 January. It is the last competition before the World Championships from 15-24 February in Prince George, Canada.