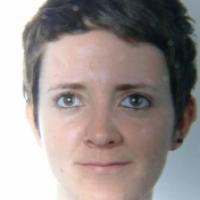 When and where did you begin this sport?
She first tried skiing at age three. She began competing in Para alpine skiing in 2015 in Kaunertal, Austria.
Why this sport?
Her father encouraged her to take up the sport. She also enjoyed competing because it gave her great satisfaction.
Club / Team
SF Blau Gelb Marburg [GER] / SSG Blista Marburg [GER]:
Name of coach
Justus Wolf [national], GER
Training Regime
She trains for 80 days a year.

Memorable sporting achievement
Being selected to compete at the 2018 Paralympic Winter Games, winning her first event [super G] at a World Cup competition in 2018 in Kimberley, BC, Canada, and placing third in slalom at the 2017 World Championships in Tarvisio, Italy. (Athlete, 07 Mar 2018)
Most influential person in career
Guide Lucien Gerkau, and her father. (Athlete, 07 Mar 2018)
Injuries
A broken ankle meant she was unable to compete at the 2019 World Championships in Slovenia and Italy. (sportschau.de, 18 Jan 2019)
Sporting philosophy / motto
"Things are never as they seem. They are always what you make of them." (Facebook profile, 20 Jan 2019)
Awards and honours
She was named the 2017 Disabled Athlete of the Year in Hessen, Germany. (hsv-ski.de, 25 Sep 2017)
Other sports
In 2009 she played in an international vision impaired football tournament in Marburg, Germany. (blista.de, Dec 2009)
Ambitions
To compete at the 2022 Paralympic Winter Games in Beijing. (sportschau.de, 17 Jan 2019)
Impairment
Her eyesight began to deteriorate at age 15 as a result of the effects of Stargardt disease. (co-evolution.jetzt, 30 Mar 2017; deutsche-paralympische-mannschaft.de, 03 Feb 2017)