Vancouver, Canada - A heart-warming and spectacular Closing Ceremony this evening officially ended the Vancouver 2010 Paralympic Winter Games. Taking place at the Medals Plaza in Whistler, thousands came to watch the show that was a celebration for athletes, officials, volunteers and the people of Canada. 21 Mar 2010
Imagen 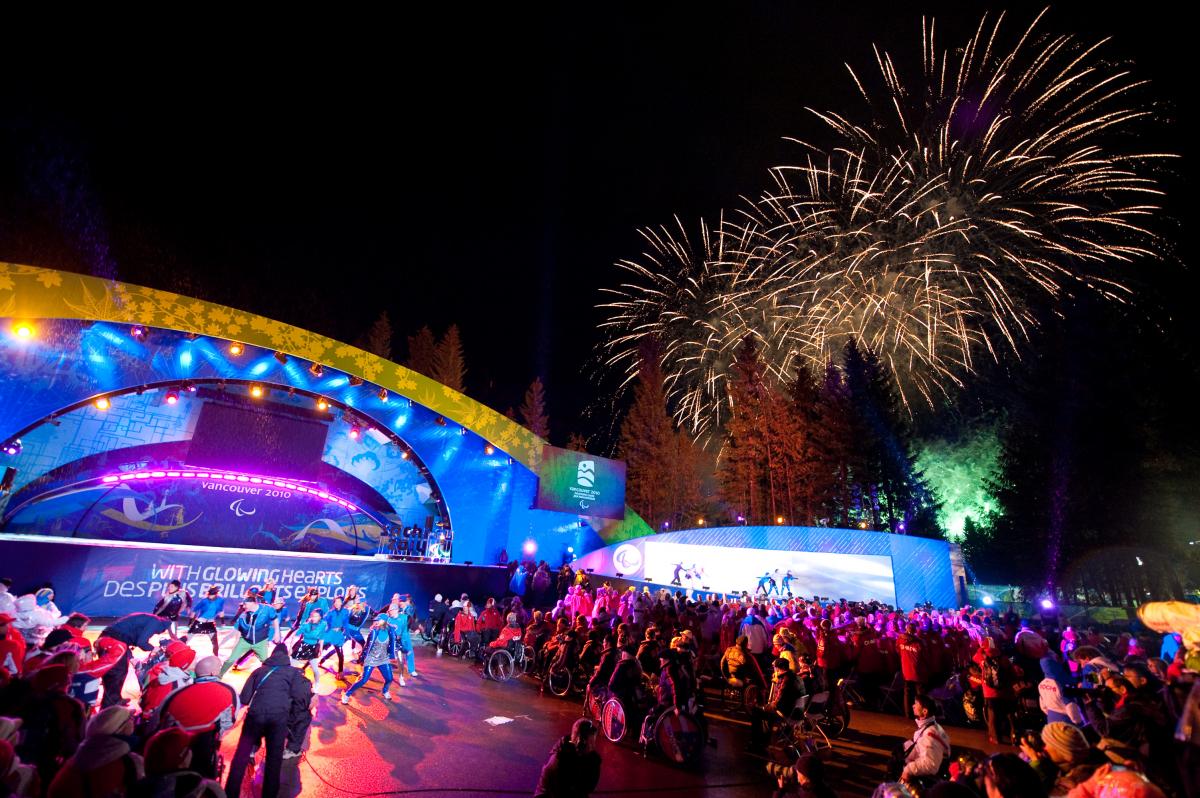 The Closing Cermony of the Vancouver 2010 Paralympic Winter Games concluded one of the greatest Winter Games to date.

“The notion of true sport - pure sport, has been understood by all of us,” Sir Philip Craven said.

Countries with the highest number of winning medals were celebrated, with athletes from Russia giving their country first place with a total of 38 medals. To honour the country, the national anthem was sung by a choir, with the sounds echoing in and around the Whistler Village.

With a total of 24 winning medals, Germany came in second place behind Russia, and was followed by both Canada and Ukraine who tied with 19 medals.

In his speech, International Paralympic Committee (IPC) President Sir Philip Craven said that the Vancouver 2010 Paralympic Winter Games offered everyone not only elite sport by hard-working athletes, but a sense of family and community.

“The notion of true sport - pure sport, has been understood by all of us,” Sir Philip said. “With excellence, our Paralympic athletes came here to compete fairly, and the result was a fantastic show of sportsmanship. Together, we have all captured the Paralympic Spirit from these Games and can carry it around the world. With this, our athletes, coaches and officials will encourage new athletes, make new friends and inspire them to light the flame in their hearts.”

He continued to say that he looks forward to seeing all athletes back in four years, at the Sochi 2014 Paralympic Winter Games.

Following the IPC President’s speech was the official presentation of the Whang Youn Dai Achievement Award to Endo Takayuki of Japan and Collette Bourgonje of Canada. The Award recognizes elite athletes with a disability who have demonstrated an exceptional level of determination to overcome their adversities through sport and the Paralympic Games.

The Vancouver 2010 Paralympic Winter Games took place in Whistler and Vancouver from 12-21 March 2010, with events in Alpine Skiing, Biathlon, Ice Sledge Hockey and Wheelchair Curling. To relive the Opening and Closing Ceremony, as well as the competitions of the Vancouver Games, check out the IPC’s internet channel, www.ParalympicSport.TV, the best source for Paralympic Sport content.