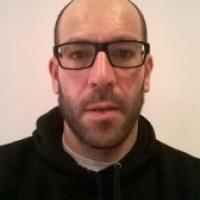 When and where did you begin this sport?
He took up the sport in 2003.
Why this sport?
He was involved in athletics before his accident.
Name of coach
Javier Gutierrez [personal]

OTHER ACTIVITIES
He has been involved in organising a number of sporting events for Para athletes, including the Lanzarote Marathon in Spain and the Cali Half Marathon in Colombia. He has also given motivational speeches in Spain, Ecuador, Costa Rica and the United States of America. (rafabotello.com, 15 Dec 2015)