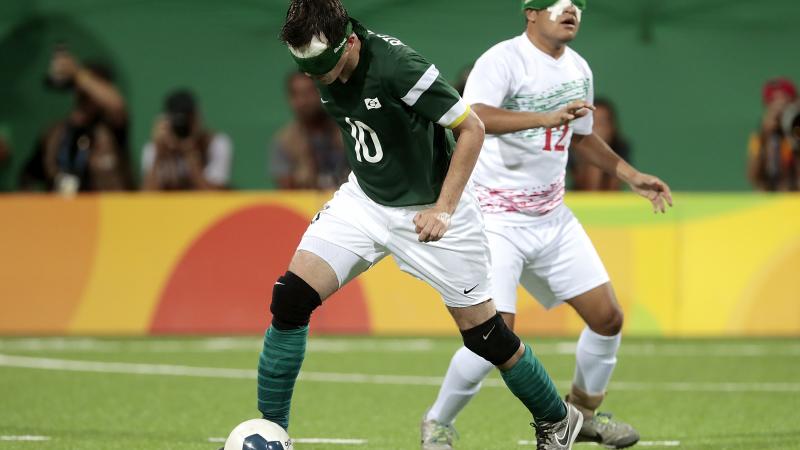 Ricardo Alves – known as Ricardinho - is the captain of the all-conquering Brazilian football 5-a-side team that has won every major title.

Most recently, he was crucial in his team’s success at the 2018 World Championships in Madrid, Spain, finishing as the top scorer after netting a total of 10 goals across six games to lead Brazil to their fifth world title.

Brazil defeated Mali 6-1, England 3-0 and Costa Rica 14-1 to finish top of Group D. They followed that up with victories over Colombia 3-0, China 1-0 and Argentina 2-0 to claim the title for a third consecutive time.

Ricardinho was also a key player at the Rio 2016 Paralympic Games, scoring the winning goal against Iran in the gold medal match for Brazil’s fourth successive Paralympic title.

He won his first gold at Beijing 2008 and was also part of the team that retained that crown at London 2012.

Ricardinho was a key member of the side that won the 2010 and 2014 world titles as well, ending as the tournament’s top scorer and Most Valuable Player (MVP) in the latter.

He has represented Brazil at the last three Parapan American Games – 2007, 2011 and 2015 – and was the joint top scorer with seven goals in six games as his country won their third successive Parapan American title at Toronto 2015.

How Ricardinho’s life has changed since Rio gold