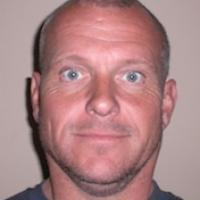 Hobbies
Waterskiing, riding motorbikes, watching Grand Prix motor racing. (Paralympians club.org.uk, 13 May 2010)
Injuries
Prior to the 2010 Paralympic Winter Games in Vancouver, he suffered a foot injury that disrupted his preparation. "I had a little incident training at home in the gym when a medicine ball landed on me and I suffered a hairline fracture." (morethanthegames.co.uk, 15 Mar 2010)

His 2006 Paralympic Winter Games performance was hampered by a shoulder injury. (morethanthegames.co.uk, 15 Mar 2010)

He crashed out of the downhill at the 2002 Paralympic Winter Games, which resulted in him missing the rest of his events. (morethanthegames.co.uk, 15 Mar 2010)
Other sports
He was part of the first team of paraplegic motorcyclists [called the 'Revenge Racing' team] to compete in a three-hour endurance race against able-bodied competitors, when he raced in Assen in the Netherlands in 2012. (vmccsprint.co.uk, 15 Aug 2012)
Impairment
He was left with partial paraplegia from the chest down after an accident while on a skiing holiday in France in 1995. (Vancouver, 21 Mar 2010; news.bbc.co.uk, 10 Feb 2010)