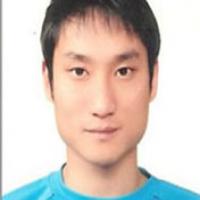 When and where did you begin this sport?
He took up the sport in 1997 at Yongpyong Resort in Pyeongchang, Republic of Korea.
Why this sport?
His physical education teacher suggested the sport to him, so he participated in a ski camp organised by the Korean Paralympic Committee.
Club / Team
Jeju Special Self-Governing Provincial Para Sports Association : Korea
Name of coach
Lee Jung-Geun [national], KOR

He has required surgery on three occasions during his sporting career. (webzine.koreanpc.kr, 26 Feb 2021)
Awards and honours
He was named Best Para Athlete at the 2012 National Para Games in the Republic of Korea. (mooye.net, 05 Mar 2012)
Other sports
He won a gold medal in wheelchair basketball at the 2014 Asian Para Games in Incheon, Republic of Korea. (SportsDeskOnline, 24 Oct 2014)
Milestones
He became the first athlete representing the Republic of Korea to win a medal in alpine skiing at the Paralympic Winter Games by claiming silver in the LW12 giant slalom event at the 2002 Games in Salt Lake City. (paralympic.org, 25 Oct 2016; SportsDeskOnline, 16 Mar 2002)
Impairment
His impairment is a result of the effects of polio. He contracted the illness at age one. (Athlete, 10 Mar 2018; yonhapnews.co.kr, 16 Feb 2016)
Other information
FURTHER EDUCATION
He began studying management at Konkuk University in Seoul, Republic of Korea, but was forced to stop due to financial difficulties. He then pursued a jewellery qualification at a local college in the Republic of Korea. (chosun.com, 01 Mar 2012)