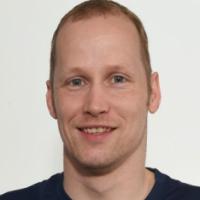 Nicknames
Sash (britishswimming.org, 27 Jan 2010)
Hobbies
Supporting English football team Manchester United. (bbc.com, 03 Aug 2014)
Most influential person in career
His mother, and his brother. (swimming.org, 19 Aug 2010)
Hero / Idol
US basketballer Michael Jordan, US sprinter Michael Johnson, Swiss tennis player Roger Federer. (British Swimming, 19 Aug 2010)
Injuries
He missed the 2011 European Championships in Berlin, Germany, because of a back injury. (herefordtimes.com, 04 Oct 2012)
Sporting philosophy / motto
"Always give 100% and listen to all advice." (British Swimming, 19 Aug 2010)
Awards and honours
He was named a Commander of the Most Excellent Order of the British Empire [CBE] in the 2017 New Year's Honours list for services to swimming. (bbc.com, 31 Dec 2016)

He was named Sports Personality of the Year at the 2016 Herefordshire and Worcestershire Sports Awards in England. (herefordtimes.com, 10 Nov 2016)

In 2016 he became the first individual to be made an honorary freeman of the county of Herefordshire in England. (itv.com, 16 Dec 2016)

In 2012 he received an Outstanding Achievement Award from Herefordshire Sport in England. (saschakindred.co.uk, Oct 2016)

In 2009 he was named an Officer of the Most Excellent Order of the British Empire [OBE] for services to para-sport. (saschakindred.co.uk, Oct 2016)

He was named 2009 Sportsperson with an Impairment of the Year by West Sussex County Council in England. (saschakindred.co.uk, Oct 2016)

He was named Sportsperson with an Impairment of the Year at the 2007 BBC Midlands Sports Awards. He shared the award with British para-swimmer Nyree Lewis. (bbc.co.uk, 10 Oct 2008)

He was named 2006 Sportsman of the Year and Sportsperson with an Impairment of the Year by Hereford Council in England. (saschakindred.co.uk, Oct 2016)

He was named 2004 Regional Athlete with an Impairment of the Year by BBC North West. (saschakindred.co.uk, Oct 2016)
Famous relatives
His wife Nyree [nee Lewis] represented Great Britain in swimming at four consecutive Paralympic Games. She won two gold, five silver and three bronze medals between 2000 and 2012. (SportsDeskOnline, 01 Apr 2015; saschakindred.co.uk, 30 Mar 2015)
Impairment
He has cerebral palsy. The condition affects the right side of his body, as well as his left arm. (totalswimming.co.uk, 27 Jan 2010)
Other information
RETIREMENT
In February 2017 he announced his retirement from competitive swimming. "Since swimming in Rio [2016 Paralympic Games] I had been very much focused on continuing in the sport that has given me so much, but I have come to the realisation that the physical and mental demands to be an elite athlete are becoming too much.” (paralympic.org, 07 Feb 2017)

COMMUNITY WORK
He has been involved with a number of charities including Scope, which helps people with cerebral palsy, HemiHelp for young people with hemiplegia, Megan Baker House which provides education for those in need, and The Firefighters Charity. (saschakindred.co.uk, 04 Apr 2013)

FROM GERMANY TO GREAT BRITAIN
Born in Greven, at the time part of West Germany, he moved to Great Britain at age three with his mother Beatrice and twin brother Timo. (totalswimming.co.uk, 27 Jan 2010)