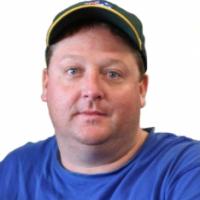 When and where did you begin this sport?
He began shooting competitively in 2015.

Hobbies
Riding dirtbikes, fishing, playing sports. (Facebook profile, 27 Oct 2017)
Sporting philosophy / motto
"If I put my mind to anything then nothing will stop me." (Facebook profile, 27 Oct 2017)
Other sports
He has played lawn bowls at junior international level. (cobarweekly.com.au, 28 Jun 2016)
Ambitions
To represent Australia at the Paralympic Games. (dailyliberal.com.au, 20 Jul 2016)
Impairment
In 2011 while riding a motorcycle he collided with a railway frame footing. He was thrown over the handlebars and landed head-first on the ground, resulting in quadriplegia. (dailyliberal.com.au, 20 Jul 2016; cobarweekly.com.au, 28 Jun 2016)
Other information
WORLD FIRST
In October 2018 he became the first world champion in the PT 1 [mixed trap seated SG-S] event after claiming gold at the inaugural World Shooting Para Sport Trap Championships in Lonato, Italy. "During the competition, I didn't realise how I was and who was in front of me. I was just focused on doing my job. Now, I am the first PT1 world champion. It feels amazing." (paralympic.org, 08 Oct 2018)

Top Para trap shooters to watch out for