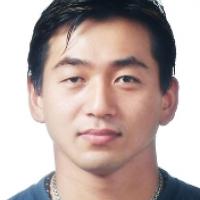 When and where did you begin this sport?
He took up the sport in 1995.
Why this sport?
He wanted to take up an individual sport, and he liked Para athletics because he could do it anywhere.
Club / Team
Jeju Sports Association for the Impaired: Korea

Memorable sporting achievement
Winning a gold medal in the F53 400m at the 2008 Paralympic Games in Beijing. (nise.go.kr, 2015)
Injuries
In 2008 he sustained injuries to his shoulder and elbow during training for the 2008 Paralympic Games in Beijing. He recovered to win three bronze and one gold medal at the Games. (SportsDeskOnline, 07 Oct 2019; sportsseoul.com, 11 Apr 2019)
Awards and honours
He was named Best Athlete at the 2014 National Championships in the Republic of Korea. (jemin.com, 23 Jun 2014)

He was chosen as a torch bearer for the 2012 Paralympic Games in London. (thefirstmedia.tistory.com, 29 Jul 2014)

In 2011 he was presented with the Cheongryong Medal by the Ministry of Culture, Sports and Tourism in the Republic of Korea. (jejusori.net, 10 Nov 2014)

In 2005 he was presented with the Maengho Medal by the Ministry of Culture, Sports and Tourism in the Republic of Korea. (purme.org, 21 Oct 2008)

In 2004 he received the Best Athlete of the Year Award at the Para Sports Awards in the Republic of Korea. (purme.org, 21 Oct 2008)

In 1993 he was given the President's Citation Award in the Republic of Korea. (purme.org, 21 Oct 2008)
Impairment
The impairment to his lower limbs is a result of polio. He was diagnosed with the illness at age three. (news.donga.com, 03 Sep 2016; thefirstmedia.tistory.com, 29 Jul 2014)
Other information
EDUCATION
He completed a master's degree in Sports Coaching and a doctor's degree in Developmental / Adapted Physical Education at Korea National Sport University in Seoul, Republic of Korea. (Facebook profile, 05 Oct 2019; jejuilbo.net, 01 Oct 2017)

RETURN
He quit the sport for two years after he was not included in the national team for the 2000 Paralympic Games in Sydney. When he was working at the Seogwipo Community Rehabilitation Centre in 2002, he was offered to return to competitive action for the 2002 Asian Para Games in Busan, the Republic of Korea by the Korea Paralympic Committee. "For me, the toughest moment in my life was when I didn't get called up by the national team for the 2000 Games. Afterwards I stopped training. Actually I wasn't able to resume training at that time." (purme.org, 21 Oct 2008)