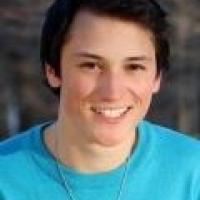 When and where did you begin this sport?
He began skiing at age two, and started ski racing at age five at Ski and Snowboard Club Vail in Colorado, United States of America. He got involved in Para alpine skiing in 2013 with the Aspen Valley Ski Club Adaptive Alpine Development Program in Colorado.
Why this sport?
"I was born in January in a mountain town. The snow is in my blood. Skiing was just something I had to do. Ski school was my daycare and Vail Mountain was my playground. I love the wind on my face and the freedom of having skis on my feet. Skiing a perfect run down a course or even the perfect line down a powder fluffed trail gives my life purpose."

Nicknames
Twalnutz [after the professional freeskier Tom Wallisch]. (Athlete, 17 Jun 2016)
Hobbies
Sports, performing arts. (Facebook page, 25 Nov 2020)
Most influential person in career
His mother. (teamusa.org, 07 Mar 2018)
Hero / Idol
US alpine skiers Mikaela Shiffrin and Steven Nyman, Austrian alpine skier Marcel Hirscher. (aspentimes.com, 28 Mar 2019)
Injuries
In March 2017 he broke his left ankle and sustained a concussion at the 2017 Paralympic Winter Games Test Event in Pyeongchang, Republic of Korea. (IPC, 10 Feb 2018)
Superstitions / Rituals / Beliefs
He likes to put his right ski boot on first and does not watch the racer in front of him. (Athlete, 17 Jun 2016)
Sporting philosophy / motto
"When the day came that I was allowed to ski again, something sparked inside of me. When I am skiing, it is me and my skis, the snow and the nature that free me from the entire world except from that precise moment. It is this sense of freedom that kept me alive and keeps me skiing to this day." (paralympic.org, 28 Feb 2020)
Awards and honours
In 2017 he was presented with the Adaptive Athlete of the Year Award by the Colorado Snowsports Hall of Fame in the United States of America. (IPC, 10 Feb 2018)
Other sports
He competed in able-bodied skiing at junior international level before he became ill. He was also a junior national triathlon champion. (Athlete, 17 Jun 2016; collegiatecancer.org, 2013)
Ambitions
To compete at the 2022 Paralympic Winter Games in Beijing. (teamusa.org, 24 Jan 2019)
Impairment
In May 2009 he was diagnosed with Ewing's sarcoma, a cancerous tumour that grows in the bones or in the tissue around bones. In October that year he underwent surgery to remove bones from his pelvis, and he also required chemotherapy. In addition he has lymphedema, a progressive condition that causes his leg to swell. (aspentimes.com, 28 Mar 2019)
Other information
CHANGE IN TRAINING
He recorded a number of DNFs during the 2019/20 season, which he puts down to working on a change of technique during training. "I really worked on some technical things and letting myself charge it a little bit more, and ultimately that's going to lead to more DNFs. That's going to lead to more straddles. It's going to lead to some simple errors that don't necessarily come when you're skiing more conservatively." (paralympic.org, 19 Jan 2020)

FURTHER EDUCATION
He has studied marketing at Keller Graduate School of Management in the United States of America. (Facebook profile, 02 Jan 2019)