The forward has arguably been regarded as one of the best players in the sport. As alternate captain, he helped bring Canada all the way to a fierce battle for gold against archrivals USA at the PyeongChang 2018 Paralympic Winter Games. But Canada lost 2-1 in overtime.

At the 2017 World Championships A-Pool in Gangneung, South Korea, McGregor recorded 12 goals to tie as the tournament leader. That included a hat-trick during the gold medal game against the USA. His two goals in 17 seconds helped seal Canada’s fourth world title, and second since McGregor debuted on the national team.

Twenty-four years old at PyeongChang 2018, McGregor has come a long way since his international debut in 2012.

The Canadian had his legs amputated due to cancer in 2009. Even after having to endure the tough reality of never playing stand-up hockey again, McGregor was adamant that hockey would be in his future.

He made his national team debut at December’s 2012 World Sledge Hockey Challenge, where he recorded two assists in his first game, an 11-0 win over Japan.

The following year, McGregor was the youngest member on the Canadian team that won gold at the 2013 World Championships.

When and where did you begin this sport?
He grew up playing ice hockey, and got involved in Para ice hockey in 2011 at the London Blizzard club in Ontario, Canada.
Why this sport?
A former ice hockey coach introduced him to the sport, "After I lost my leg, I knew I wanted to get back to playing hockey. I started out with the standing amputee team, but I couldn't keep up. Some people guided me on the road to sledge hockey. The first time was extremely difficult. It was extremely frustrating, but I knew that it was going to be hard so I kept up with it and from there just fell in love with it."
Name of coach
Ken Babey [national], CAN
Preferred position / style / stance / technique
Forward

Nicknames
Magic (Paralympic Games, 20 Apr 2017)
Hobbies
Supporting NHL ice hockey teams the Pittsburgh Penguins and the Toronto Maple Leafs. (classroomchampions.org, 2016)
Memorable sporting achievement
Winning gold at the 2017 World Championships in Gangneung, Republic of Korea. (globalnews.ca, 26 Apr 2017)
Most influential person in career
His parents. (Athlete, 06 Mar 2014)
Hero / Idol
Canadian ice hockey player Doug Gilmour. (Athlete, 06 Mar 2014)
Injuries
He broke his collarbone in 2008. (canadianamputeehockey.ca, 01 Feb 2011)
Sporting philosophy / motto
"You don't always get to choose the cards you're dealt, but you do get to choose how you play them." (classroomchampions.org, 2016)
Awards and honours
He received the 2018 Athletes in Excellence Award from the Foundation for Global Sports Development. (globalsportsdevelopment.org, 13 Dec 2018)
Other sports
He played able-bodied ice hockey at AAA level as a junior. (NPC Media Guide, 2018)
Impairment
At age 16 he broke his leg and his ankle playing ice hockey, which required surgery to insert a rod and six pins. After the injury healed he started playing again, but a lump formed at the point of the original fracture. Initially doctors were not concerned, but he was later diagnosed with spindle cell sarcoma, a form of soft tissue cancer. He underwent eight months of chemotherapy and his left leg was amputated. (ctvnews.ca, 30 Oct 2015; canadianamputeehockey.ca, 01 Feb 2011)
Other information
OTHER ACTIVITIES
In 2016 he became an athlete mentor for Classroom Champions, a non-profit organisation that uses Olympic and Paralympic athletes as role models to help children set goals and improve digital literacy. (LinkedIn profile, 2018; classroomchampions.org, 2016) 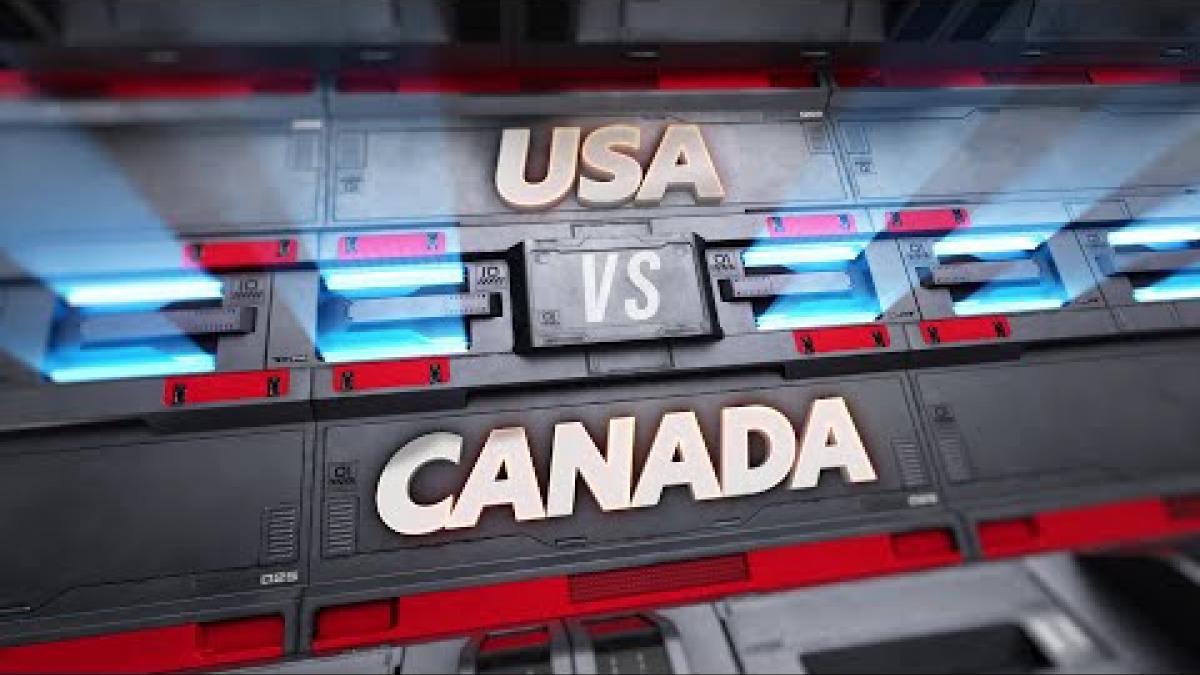