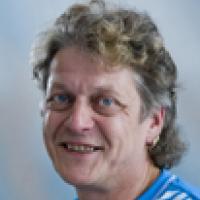 When and where did you begin this sport?
He began shooting in 1997.

Awards and honours
He was named Para Athlete of the Year at the 2004 Central Ostrobothnia Sports Gala in Finland. (kpurheilugaala.fi, 2016)

He was presented with the Central Ostrobothnia Recognition Award in Finland in 2000. (keskipohjanmaa.fi, 02 Feb 2020)
Impairment
He was competing in speedway when he collided with another motorcycle and sustained spinal cord injuries. (kaleva.fi, 17 Sep 2004)
Other information
OTHER ACTIVITIES
He has served on the Council for the Elderly and Impaired of Haapajarvi, Finland, representing the town's Impaired People's Association. (haapajarvi.fi, 30 Apr 2020)