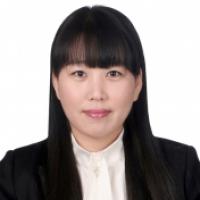 When and where did you begin this sport?
She took up the sport in 2006.
Why this sport?
She was involved in Para table tennis for several years, but felt she wasn't good enough to succeed at the highest level. A friend then suggested shooting Para sport to her, and she found she enjoyed it.
Club / Team
Jeollanam-do Shooting Federation for the Disabled : Korea
Name of coach
Lee Chun-Hee [husband], KOR
Training Regime
She trains for four hours a day, five days a week.

Most influential person in career
Her husband and her son. (media24.kr, 14 Sep 2016; joongboo.com, 22 Oct 2014)
Injuries
She injured her left elbow after falling in the bathroom during the 2016 Paralympic Games in Rio de Janeiro. (media24.kr, 14 Sep 2016)
Sporting philosophy / motto
"For me it is my main responsibility to bring honour to my country and people through the sport." (paralympic.org, 24 Jan 2018)
Awards and honours
In 2017 she was given an Excellence Award at the 10th Anniversary of Jeollanamdo Sports Association for the Disabled in Republic of Korea. (yna.co.kr, 31 Oct 2017)

In 2017 she was presented with the Cheongryong Medal, the highest order of Merit for Sport by the Ministry of Culture, Sports and Tourism in the Republic of Korea. (yna.co.kr, 31 Oct 2017)