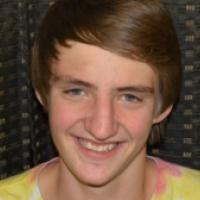 When and where did you begin this sport?
He began Para skiing in 2013 at Mount Ruapehu in New Zealand.
Why this sport?
He appreciates the independence skiing allows him. "In most disabled sports I need help. I couldn't go biking by myself whereas with skiing I can drive up the mountain, get my sit-ski out, go on the slope and go home. I love the independence. I was thrilled to find skiing gives me the same kind of feeling as riding my bike over rough stuff."
Name of coach
Ben Adams [national]
Training Regime
He trains at least five days a week.

Hobbies
Go karting, kayaking, fishing, following the mountain bike World Cup series. (snowsports.co.nz, 23 Aug 2019)
Injuries
In the lead-up to the 2022 Paralympic Winter Games, he missed about a month of training after one of his buttocks became infected. (stuff.co.nz, 20 Feb 2022)

He was selected to compete at the 2018 Paralympic Winter Games in Pyeongchang but had to withdraw from the event after fracturing his hip in December 2017 while training at Winter Park, CO, United States of America. After surgery he contracted a bone infection, and required a further operation. He needed five months to recover. (stuff.co.nz, 08 Jan 2022; insidethegames.biz, 25 Feb 2018; beehive.govt.nz, 16 Feb 2018)
Sporting philosophy / motto
"To be honest I just really enjoy skiing." (stuff.co.nz, 20 Feb 2022)
Other sports
Before his accident he competed in mountain biking at national level in New Zealand. (cyclingnews.com, 11 Feb 2013)
Ambitions
To achieve a top-six finish at the 2022 Paralympic Winter Games in Beijing. (stuff.co.nz, 08 Jan 2022)
Impairment
He has paraplegia as the result of a crash during a practice run at the 2013 New Zealand Downhill Mountain Bike Cup in Auckland, New Zealand. (paralympics.org.nz, 28 Jun 2017)
Other information
INJURY ENDS PYEONGCHANG DREAM
He missed out on the 2018 Paralympic Winter Games in Pyeongchang because he sustained a hip fracture shortly before the Games. After undergoing surgery on the injury he contracted a bone infection, which meant another operation was required to save his leg. "Not going to the Paralympics sucks after everything you've done. But then losing your leg from a bone infection sucks more. When you put it in perspective, it wasn't a massive deal - [the priority was to] get healed so you can at least live a normal life. The Paralympics are so sick, but it's only a two-week event. It could be the best two weeks of your life but you've still got all the other years to live. So my main thing was to get my body back to normal." (stuff.co.nz, 08 Jan 2022)

OCCUPATION
During the off-season he works as a bike mechanic. (stuff.co.nz, 08 Jan 2022)

FROM FRANCE TO NEW ZEALAND
He was born in France to English parents. He spent his early childhood in France before moving to Tuakau, New Zealand, at age eight. (nzherald.co.nz, 16 Jul 2017; paralympics.org.nz, 28 Jun 2017)