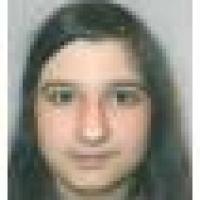 When and where did you begin this sport?
She began swimming at age seven for the North Ayrshire Club in Scotland.
Why this sport?
While on holiday in Australia with her family, they visited water parks but she couldn't join in with her brother because she didn't know how to swim. She later decided to take up swimming lessons when they returned to Scotland.
Club / Team
North Ayrshire Amateur Swimming Club: Scotland
Name of coach
Jess Wilkie [club]; Alan Lynn [national]

Milestones
She was age 13 and 39 days when she took part in the S13 400m freestyle at the 2016 Paralympic Games in Rio de Janeiro, which made her the youngest British athlete in Rio and the second youngest athlete from any nation at the 2016 Games. She also became the second youngest British athlete to compete at any edition of the Paralympic Games, after Joanne Round who competed at the 1988 Games in Seoul at age 12. (bbc.com, 24 Apr 2016; ayrshirenewspaper.co.uk, 25 Aug 2016; SportsDeskOnline, 24 Apr 2019)
Famous relatives
Her older brother Fraser, who also has Stargardt disease, was an international level Para swimmer before switching to Para cycling. (uci.org, 23 Jan 2019)
Impairment
She has Stargardt disease, a condition that leads to progressive vision deterioration. (bbc.co.uk, 24 Apr 2016)
Other information