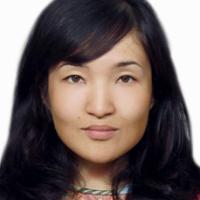 When and where did you begin this sport?
She began Para biathlon in 2010 in Moscow, Russian Federation.
Why this sport?
"In 2010 I watched Vancouver Paralympics and thought it would be great to try myself in Para sports. Those were just superficial thoughts as I didn't do sport at all and had an idle way of life. I had a lot of friends, a boyfriend, and lived a normal life of a normal teenager. But then once I was sitting in a cafe, and a young man came up to me and asked me if I wanted to do sports. He was from the national team and later introduced me to [national Para skiing coach] Irina Gromova."
Club / Team
Vorobyovy Gory [RUS] / Rezept Sport [RUS]: Moscow, RUS
Name of coach
Irina Gromova, RUS, from 2010; Dmitry Gromov, RUS; Andrey Gladyshev, RUS

Hobbies
Cooking, driving cars, reading, listening to music, studying foreign languages, painting. (Athlete, 02 Dec 2017)
Memorable sporting achievement
Winning three silver medals in Para athletics at the 2016 European Championships in Grosseto, Italy. (Athlete, 02 Dec 2017)
Most influential person in career
Coach Irina Gromova. (rsport.ria.ru, 10 Oct 2017)
Hero / Idol
Russian Para athlete Sergey Shilov. (Athlete, 11 Mar 2014)
Sporting philosophy / motto
"Our role [as para-athletes] is not just to come, race, win and leave. People in our country must change their general attitude towards the disabled. They see us on tracks and see what we do, and what athletes from other teams do. All this changes their attitude." (1tv.ru, 18 Nov 2013)
Awards and honours
She has received the title of Master of Sport of International Class in the Russian Federation. (Athlete, 02 Dec 2017)
Other sports
She competed in Para cross-country skiing at the 2014 Paralympic Winter Games in Sochi and in Para athletics at the 2015 World Championships in Doha, Qatar, and at the 2016 European Championships in Grosseto, Italy. (Athlete, 02 Dec 2017; SportsDeskOnline, 16 Mar 2014)
Ambitions
To win a medal at the 2018 Paralympic Winter Games in Pyeongchang. (Athlete, 02 Dec 2017)
Impairment
At age six months she had unsuccessful back surgery which resulted in her impairment. (rezeptsport.ru, 03 Oct 2012)
Other information
KAZAKHSTAN TO RUSSIA
Born in Kazakhstan, she moved to Moscow, Russian Federation, at age two for medical treatment after surgery. Her parents were studying in Moscow, and after her father found a job, the whole family moved there. (rsport.ria.ru, 12 Sep 2016)