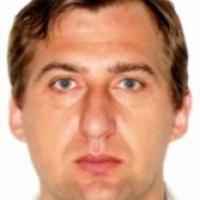 When and where did you begin this sport?
He took up the sport in 2008 in Tikhoretsk.
Club / Team
Kuban Physical Culture and Sports Club for the Disabled : Krasnodar, RUS
Name of coach
Mikhail Shakhnov
Coach from which country?
Russia
Coach from what year?
2010
Training Regime
He trains five times a week.