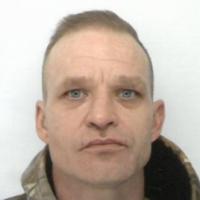 When and where did you begin this sport?
He began wheelchair racing in 2014.
Why this sport?
He was approached by a charity that encouraged him to pursue the sport.
Club / Team
Harlow AC: England
Training Regime
He trains five times a week.

Nicknames
Mad Dog, Andy (ssafa.org.uk, 01 Jun 2016; race2recovery.com, 23 Apr 2016)
Other sports
He has competed in kickboxing at international level. (Facebook profile, 22 Dec 2016)
Ambitions
To compete at the 2020 Paralympic Games in Tokyo. (echo-news.co.uk, 24 Aug 2016)
Impairment
His impairment is a result of injuries sustained in a motorcycle accident in 2005. He has rods and screws in his lower back and, although he left hospital walking, in 2006 he found himself unable to get out of bed one morning. Following a further operation, he was left needing a wheelchair. "I'm not completely paralysed as I have fairly good circulation from my hips to my knees but from my knees to my feet is bad. It means I'm in pain most of the time." (Facebook profile, 20 Dec 2016; ssafa.org.uk, 01 Jun 2016; helpforheroes.org.uk, 01 Mar 2016)
Other information
ARMY CAREER
He joined the Royal Artillery in 1990 and later worked as part of the Royal Electrical and Mechanical Engineers in the British Army. He served in the army for 17 years, which included tours in Northern Ireland and Iraq. He was medically discharged from service in 2007 and said his experiences in Northern Ireland and Iraq have left him with anxiety. "I wouldn't like anyone to see inside my head - I get bad nightmares. To this day I can't deal with fireworks as the bangs sound like the RPGs and I hate big crowds. When I'm at home I'm ok but if I'm going somewhere I don't know I get very wary about my surroundings and I need to know where all the entrances and exits are. Being in the chair has just made things worse." (helpforheroes.org.uk, 01 Mar 2016; echo-news.co.uk, 24 Aug 2016; ssafa.org.uk, 01 Jun 2016)