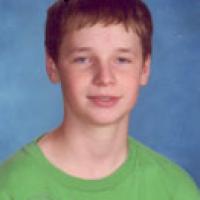 When and where did you begin this sport?
He took up skiing at age seven, and began racing in about 2010.
Why this sport?
His mother Sheryl taught him how to ski. "She put up with me hanging onto one end of a pole while she held the other for three years to teach me how to ski. As a kid, I wasn't quite strong enough to do it, to stay upright the whole time and control myself going down the hill, so she supported me as I built up strength. She wanted me to find something where I could push myself and have that ambition and that drive to do better."
Club / Team
National Ability Center: Park City, UT, USA
Name of coach
Erik Leirfallom [club]
Training Regime
He focuses on strengthening his legs during the off-season. "I have to stay on top of my energy levels and how my legs are feeling."

In 2014 he received the Bob Casey Courage Award from the Connecticut Sports Writers' Alliance in the United States of America. (ctsportswriters.com, 2016)
Ambitions
To win a gold medal at the 2022 Paralympic Winter Games in Beijing. (journalinquirer.com, 12 Jul 2018)
Impairment
He contracted viral encephalitis [inflammation of the brain] at age six months, which resulted in cerebral palsy. He has severe muscle tension from the waist down. "Basically my [lower] muscles are kind of weak and tight and contracted. It's almost like I'm fighting a spasm the whole time, or a cramp or something like that. One muscle will fight against the other. So I've kind of got to overcome that. It took a long time to develop that [strength]." (One Revolution Facebook page, 04 Nov 2021; IPC, 05 Feb 2018; courant.com, 12 Aug 2014)
Other information
SWITCH TO SIT SKIING
He has considered competing in sit skiing rather than as a stand-up skier due to a number of injuries he sustained to his lower limbs in 2020 and 2021. "I kind of played around with [sit ski] because I couldn't put a ski boot on [due to his injuries]. I figured I'd give it a shot. It's something I've actually struggled with a little bit because it may be better for my body in the long term, and I may be able to feel a little bit more competitive in that field, but I don't feel like I've done all I'm capable of as a standing skier. I feel like if I switched now [speaking in 2021], I've kind of quit on myself. I feel like I have more to reach and I want to get there before I transition. It's something that I'm thinking about, maybe post-Beijing [2022 Paralympic Winter Games]." (One Revolution Facebook page, 04 Nov 2021)

EARLY DAYS
He wanted to play in team sports as a child, and tried out in soccer, baseball, and ice hockey. "I felt frustrated as a kid. It was difficult watching all my friends do it and I couldn't. But I also thrive more under pressure, so it pushed me to try harder or try in a different way and just be persistent." (discovernac.org, 14 Jan 2022)