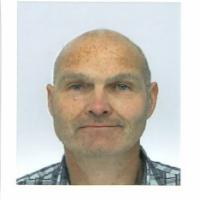 When and where did you begin this sport?
He began shooting at age seven in Clowne, England. He took up shooting Para sport in 2013.
Why this sport?
"I started shooting with an air rifle when I was seven, and my dad decided to get a shotgun when I was 12 and my brother Julian was 10. We went to the local farm and started shooting there. From there, we started going to Stilehollow Shooting Ground, near Mansfield, and Nottingham and District Gun Club [in England]."

Awards and honours
In 2016 he was named Disabled Shooter of the Year by the Clay Pigeon Shooting Association [CPSA] in Great Britain. (shootinguk.co.uk, 06 Feb 2017)
Other sports
He competed in shooting for England and Great Britain before his car accident in 1990. (clay-shooting.com, 15 Nov 2016)
Famous relatives
His brother Julian won two gold medals in able-bodied shooting at the 1991 World Shotgun Championships in Australia. (clay-shooting.com, 15 Nov 2016)
Ambitions
To compete at the 2018 Commonwealth Games in Gold Coast, QLD, Australia, and at both the 2020 Olympic Games and 2020 Paralympic Games in Tokyo. (derbyshiresport.co.uk, 01 Apr 2016)
Impairment
He was diagnosed with brain damage and an injury to his right eye after he was involved in a car accident in 1990. The smash also caused paralysis to the right side of his body and, although he got involved in boxing and weight training over the following years, he had regular trouble breathing. In 2000 he was rushed to hospital where it was discovered his diaphragm had been injured 10 years earlier, causing his stomach to move into his chest cavity. His lungs burst while doctors attempted to relieve the pressure, and he spent the next 14 months in hospital. (clay-shooting.com, 15 Nov 2016)
Other information
OTHER ACTIVITIES
He has served on the board of Disabled Clay Target Shooting Great Britain [DCTSGB]. (clay-shooting.com, 15 Nov 2016)