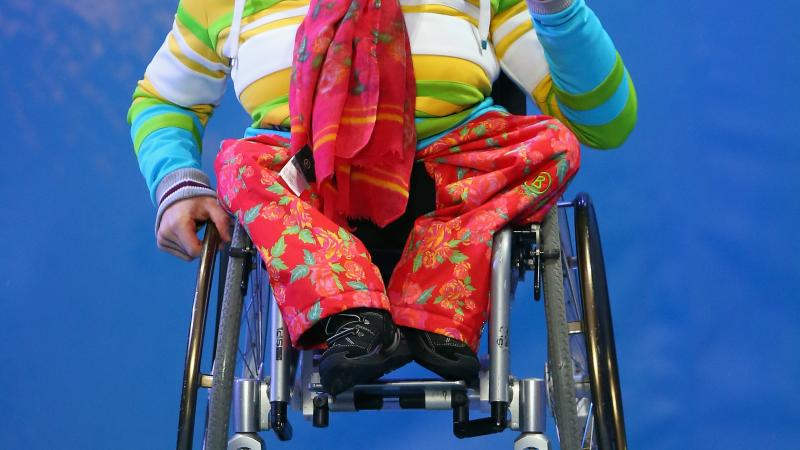 Anja Wicker was enjoying the best years of her career after winning her maiden Winter Paralympic title at Sochi 2014. She ended as the Biathlon World Cup overall winner twice and also took gold in the women’s biathlon individual sitting at the 2017 World Championships in Finsterau, Germany.

But unfortunately for her, the German Nordic skier performed way below expectations at the 2018 Paralympic Winter Games, leaving PyeongChang, South Korea, without any medal.

Topping the Worlds podium on home soil in 2017 is one of the highlights in her career. Spurred on by her crowd, Wicker won her first world title. She also sealed double silver in the biathlon short and middle distance events.

The German could, therefore, bounced back after a disappointing performance at the 2015 World Championships in Cable, USA, where she left without a medal.

Wicker took up Nordic skiing in 2006 at the tender age of 15 and has barely looked back since.

With her father as her personal coach, the Paralympic champion has shone. But with role models such as multiple-Paralympic medallist Andrea Eskau on the team, it is not hard to see where Wicker gets her motivation from.

Wicker dabbles in cross-country skiing but it is biathlon where her real talent lies. She is a multiple World Cup podium finisher and every season watches her flag raised on more than one occasion.

Her first World Championships podium came in 2013 when Wicker grabbed silver in the biathlon sprint. Clearly she was preparing herself for something bigger, as just a year later Wicker climbed onto the top step of the podium at her first Paralympic Winter Games in Sochi, Russia.

When and where did you begin this sport?
She took up Para Nordic skiing in 2006 in Freiburg, Germany.
Why this sport?
A friend encouraged her to get involved in the sport. "I tried a lot of sports and liked cross-country skiing the most. I love endurance sports, and this challenges me the most."
Club / Team
MTV Stuttgart: Germany
Name of coach
Ralf Rombach [national], GER

In 2014 she received the Silbernes Lorbeerblatt [Silver Laurel Leaf] in Germany. (bundespraesident.de, 05 May 2014)
Other sports
She represented Germany in cross-country skiing and biathlon at the Paralympic Winter Games in 2014 and 2018. She has also competed in handcycling at international level. (SportsDeskOnline, 05 Mar 2019; proactiv-gmbh.de, 19 Oct 2012)
Impairment
She has caudal regression syndrome, a condition that affects the development of the lower spine. (proactiv-gmbh.de, 19 Oct 2012)
Other information
OTHER STUDIES
She has studied sports management at SRH Fernhochschule in Riedlingen, Germany. (anja-wicker.de, 22 Jan 2022)