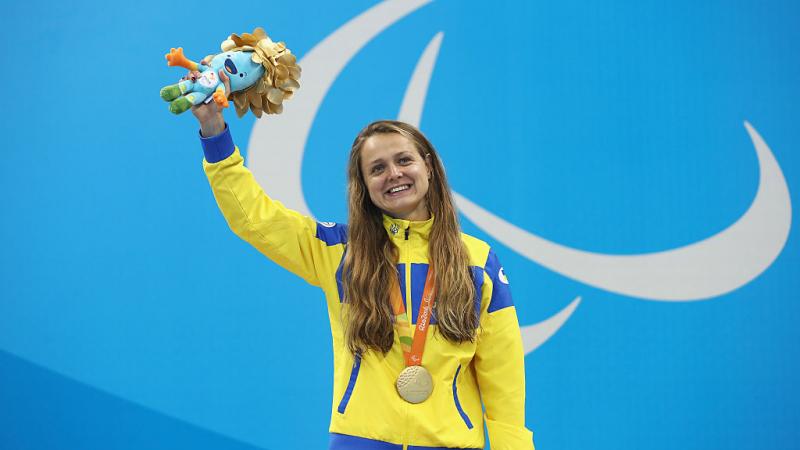 Having only made her international debut just four months before the 2015 World Championships, few would have predicted the meteoric rise to the top of the women’s S13 carried out by Anna Stetsenko.

The Ukrainian cemented her status as one of the world’s best swimmers at the Rio 2016 Paralympic Games, where she broke the 20 year old world record in the 50m freestyle.

Stetsenko first made a name for herself in Berlin, Germany, where she broke the 400m and 100m freestyle world record. In July that year, she went on to complete a podium sweep of all her events at the Worlds including her first world title in the 100m freestyle.

However the field was deepening. Swimmers such as the USA’s Rebecca Myers were improving all the time whilst Uzbekistan also produced two notable names in the form of Shokhsanamkhon Toshpulatova and Muslima Odilova.

Stetsenko went up against the Uzbek pair for the first time at the European Open Championships in May 2016, the last major international event ahead of Rio 2016.

They pushed her to another world record in the 100m freestyle and she also picked up a further two freestyle titles. But Stetsenko, who began swimming in 2001, was saving her best performance for the biggest stage possible.

At Rio 2016 her world record performance in the 50m freestyle propelled her to international recognition.

However Myers left with three gold medals of her own and Toshpulatova also sealed a title.

The rapidly improving trio will get the chance to face each other once again at the 2017 World Para Swimming Championships in Mexico City from 30 September.

When and where did you begin this sport?
She began swimming at age nine in Soledar, Ukraine.
Why this sport?
In the beginning she only wanted to learn to overcome her fear of water, so her parents took her to the pool. "You come in as a small child who just wants to learn how to swim, then you are instilled with the desire for new goals. The coach sees the potential and takes the athlete to a certain level, where there are people who help you get into the national team and develop."
Club / Team
Invasport: Dnipro, UKR
Name of coach
Oganes Mkrtchan [personal], from 2013
Training Regime
She trains twice a day, for a total of 10 sessions a week.

In recognition of her performance at the 2016 Paralympic Games in Rio de Janeiro, she received the Order of Merit [third class] in Ukraine. (president.gov.ua, 04 Oct 2016)

She has received the title of Honoured Master of Sport in Ukraine. (mms.gov.ua, 30 Dec 2021; Athlete, 27 Sep 2017)
Other sports
She has represented Ukraine in able-bodied swimming and able-bodied open water swimming. She competed at the 2013 European Short Course Championships in Herning, Denmark. In open water swimming, she participated in the 5km event at the 2010 European Junior Championships in Hoorn, Netherlands. (SportsDeskOnline, 04 Aug 2021)