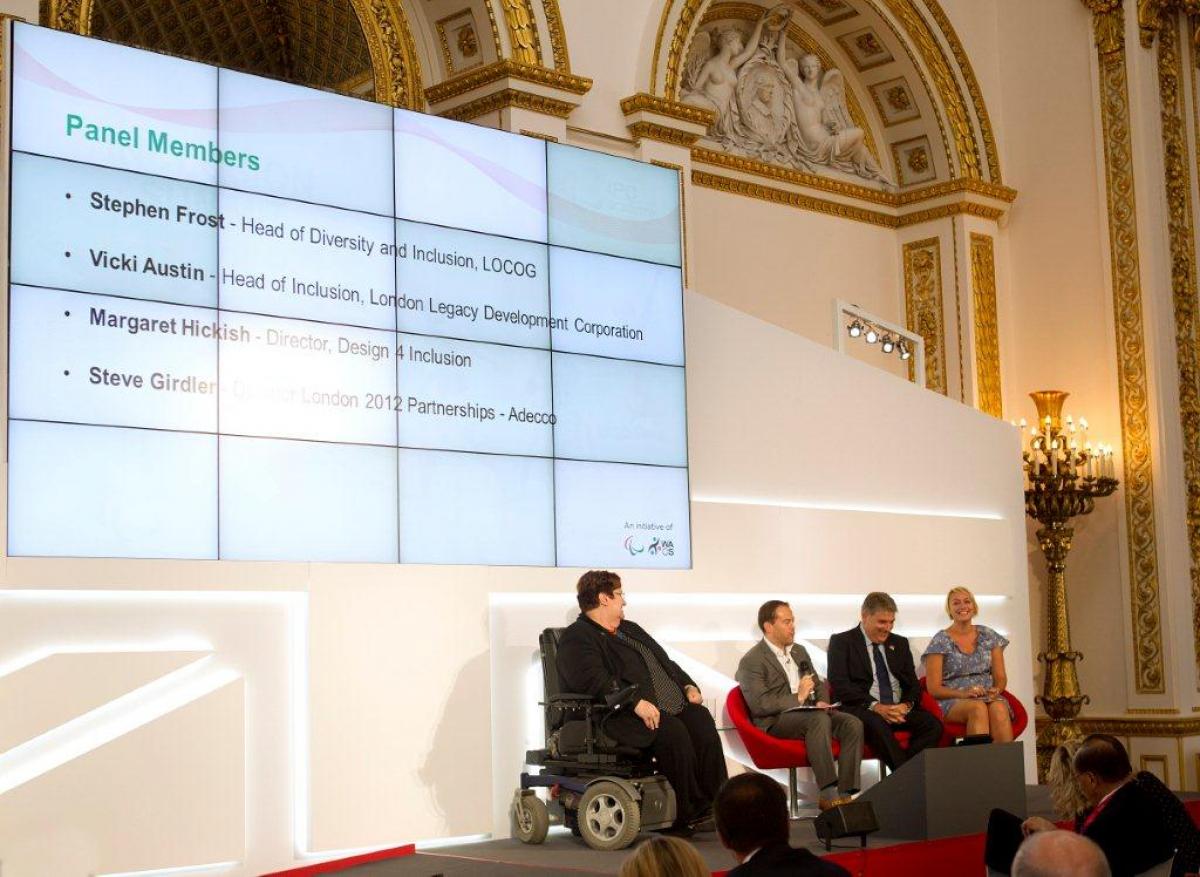 The Paralympic Games are first and foremost about elite sport as the pinnacle of achievement for athletes and teams. The Games are a point in time for the world to reflect and appreciate the diverse nature of the people around us. As such, the Paralympic Movement inherently creates an inclusive and accessible ethos which leads societies it touches towards progressively inclusive communities.

The Inclusion Summit is a natural extension of the current IPC ACP services as it will focus on inclusion and accessibility from a community, sport, and labour perspective. Adecco has focused on integrating Paralympic athletes and people with disabilities into the workplace for many years with a variety of companies. The IPC Inclusion Summit provides a platform for business leaders, governments and the Paralympic Movement to discuss inclusion for people with a disability and the related area of accessibility.

The Winter Paralympic Games in Sochi took place between 7 and 16 March, 2014 with the participation of 1,650 athletes representing 45 countries. Through sporting excellence, they inspire and excite the world and show what can be achieved through strong will, focus and passion.

The IPC, the IPC Academy, and Adecco hosted a Sochi Inclusion Dinner Roundtable on March 14 2014, to continue strategic discussions which started during the Paralympic Games in London in 2012 on inclusion beyond sports into the workplace.

It provided an ideal environment to engage with the IPC Athlete Career Programme and the Paralympic movement to gain insights on how companies, organisations and elite athletes jointly can make a difference in the world of work by identifying needs, challenges and opportunities.

The IPC Academy Inclusion Summit 2012 in co-operation with Adecco, held during the London Paralympic Games was building on the success of the Accessibility Summit in Vancouver in 2010, discussing inclusion and accessibility and the impact on society, and what the Paralympic Games represent as a catalyst for societal change for people with a disability.

Dignitaries presenting in London included The Right Honourable William Hague, Lord Coe, IPC President Sir Philip Craven and many leaders of business and politics providing evidence of the importance inclusion plays in a modern society without restrictions or limitations of any kind.

The themes discussed during the two-day Summit in London were: government policy, industry standards, workplace relations, social awareness and testimonials of Paralympic athletes about their challenges and ability to contribute.