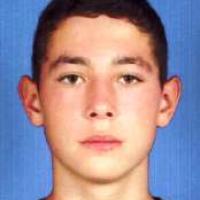 When and where did you begin this sport?
He began the sport in 2008 in Belebey, Russian Federation.
Why this sport?
Coach Amir Gumerov recruited him during his sixth year at school and encouraged him to enter a sports school.
Club / Team
Bashkortostan Republican Adaptive Sports School of Paralympic Reserve: Ufa, RUS
Name of coach
Irina Gromova [national], RUS; Vladimir Malinsky [personal], RUS

He received the Order of Friendship in the Russian Federation, in recognition of his performance at the 2014 Paralympic Winter Games in Sochi. (kremlin.ru, 17 Mar 2014)
Other sports
He won two medals [one gold, one bronze] in biathlon at the 2014 Paralympic Winter Games in Sochi. (SportsDeskOnline, 11 Mar 2014)
Impairment
He was born without a left hand and has only two fingers on his right hand. (aif.ru, 19 Mar 2014)