Tara Chisholm is mentored by Barbara Daniels as part of the WoMentoring programme and believes it has helped put her challenges as a woman in sport into perspective. 08 Mar 2015
Imagen 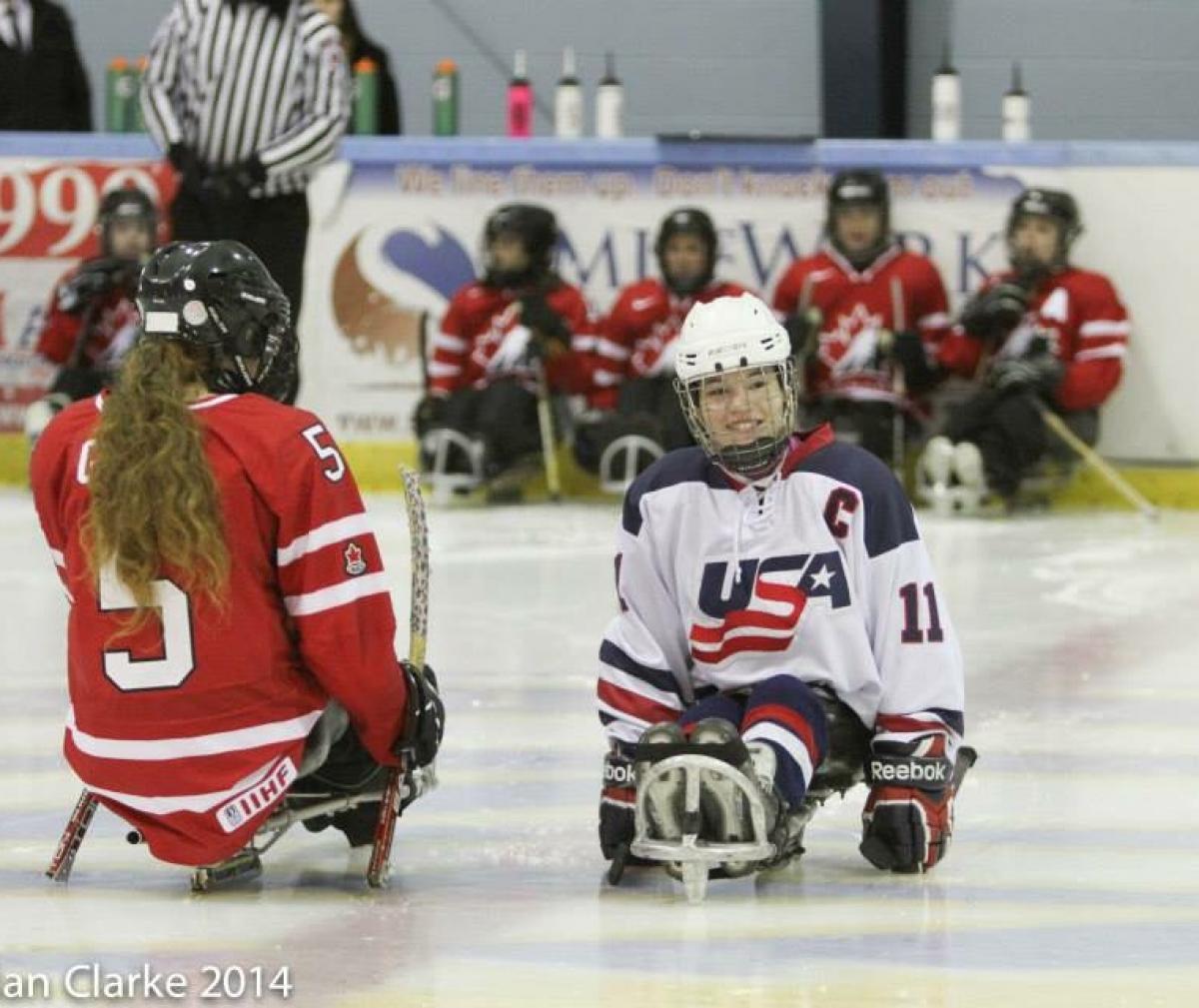 We have come together to not only better our own countries, our own National Paralympic Committees, but to also share our knowledge to improve upon the opportunities for women in sport across the world.

Sixteen mentors and mentees are currently participating in the Agitos Foundation’s WoMentoring programme, which aims to increase the number of women in key decision making roles within para-sport by sharing of expertise.

Tara Chisholm is the coach of the Canadian women’s ice sledge hockey team and led them to second place in the first ever IPC Ice Sledge Hockey International Women’s Cup in November.

“As a woman I have no country. As a woman my country is the whole world.” – Virginia Woolf

Virginia Woolf’s statement means something much different now then it did when it was written as women were still fighting to become citizens within their countries.

However, when I read this statement I also hear whisperings of an international movement that women, and specifically women within the International Paralympic Committee, are at the forefront of. We have come together to not only better our own countries, our own National Paralympic Committees, but to also share our knowledge to improve upon the opportunities for women in sport across the world.

The WoMentoring programme that I am a part of as a mentee has allowed me to gain insight and knowledge from my mentor, one of the top female coach educators in the world. It gives me access to some of the most high-powered women the Paralympic Movement has to offer. Finally, it allows me a voice to be heard within my own male dominated sport of sledge hockey.

When starting off with the programme I was not sure what to expect. I imagined that because I was meeting with women at the top of their profession whether it be in coaching, managing, officiating, etc that I would have to fluff my tail feathers just to get noticed within the room. However, I soon came to realise that these women were not any different than I was. That they had openly extended hands to help me up to where they were within the sporting world and make sure I could learn from some of the lessons they gained along the way.

Barbara Daniels, my mentor, has got to know me far beyond my role as head coach of Canada’s National Women’s Sledge Hockey Team. Without outwardly saying it, I know she checks in on how I am doing within my personal life before we get into any coaching discussion. She has taught me the importance of asking good questions and thinking around the situation rather than accepting “it has never been done” as the only answer.

I am connected with a network of women from across the world who face many different challenges. With their creativity and ingenuity they have helped me not only to put my challenges in perspective, but also allowed me to push my boundaries of what I thought was possible. I think it is important to have female mentors as it is a reminder that they too were once in a position similar to your own.

They faced many of the same challenges and were able to see a way through the challenges to where they are now.

To have that support is priceless.

Find out more about the WoMentoring programme at the Agitos Foundation’s website.