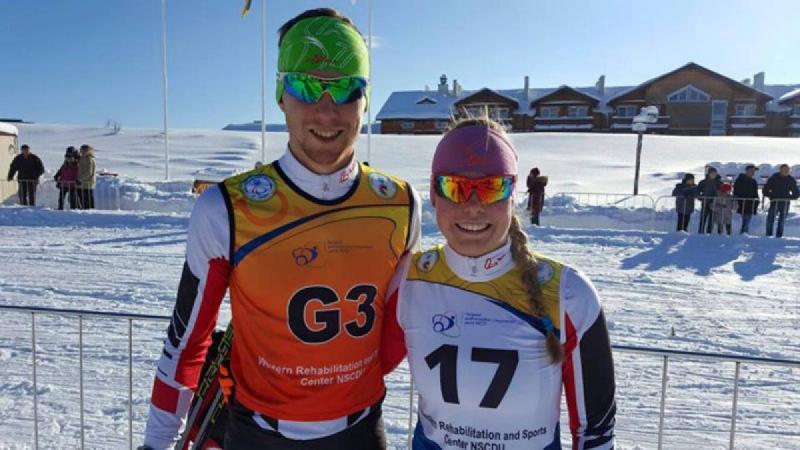 She was a bit disappointed after her performance at her maiden Winter Paralympics in PyeongChang, South Korea.

Prior to the Games, Edlinger had confirmed her status as a clear candidate for gold after finishing as the overall cross-country World Cup winner for a second successive year.

But she struggled with the pressure and had to settle for bronze in the women´s cross-country middle distance vision impaired at PyeongChang 2018. She will most certainly have many more opportunities to win a Paralympic gold.

The Austrian claimed gold in the women’s cross-country sprint and long distance vision impaired events at the World Championships in Finsterau, Germany. She also added a bronze to her haul in the cross-country middle distance.

Edlinger finished as the overall winner of the cross-country World Cup after capturing four wins and six other podium-finishes.

Edlinger’s sight in both eyes decreased due to a rare genetic disease.

When and where did you begin this sport?
She began cross-country skiing in 2008 at age 10.
Why this sport?
She was a national youth champion in the sport in Austria before her vision began to deteriorate. "I love the winter, skiing, and spending time with my friends outdoors."
Club / Team
USV Fuschl am See: Salzburg, AUT

She received the Golden Sport Award for Impaired Sport by the Austrian Ski Federation in 2018. (oesv.at, 23 Jun 2018)

She received the Goldenen Lowen [Golden Lion] for Rookie of the Year at the 2017 Leonidas Sports Gala in Salzburg, Austria. (salzburg24.at, 16 Nov 2017)
Other sports
She has also represented Austria in Para biathlon. (SportsDeskOnline, 25 Nov 2020)
Famous relatives
Her older brother Julian has competed in cross-country skiing at national level in Austria, and previously served as her guide. (paralympic.org, 31 Jan 2020; sn.at, 16 Nov 2017)
Ambitions
To compete at the 2022 Paralympic Winter Games in Beijing. (ibelieveinyou.at, 01 Sep 2018)
Impairment
Her vision began deteriorating in 2010 because of Stargardt disease, and has since reduced to 2%. (oepc.at, 08 Mar 2017; salzburg.orf.at, 15 Feb 2017)