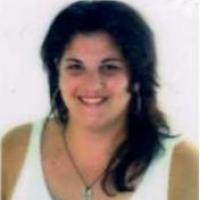 When and where did you begin this sport?
She took up shot put in 1986, and began Para athletics in 1996 in Casale Monferrato, Italy.
Why this sport?
"I picked up the sport when I was a school child. I started with the shot put and I never stopped doing it. After my car accident and two years of suffering, throwing has been a lifeline to start my new life in a wheelchair."

She sustained a series of injuries which ruled her out of the 2000 Paralympic Games in Sydney. (silvanabaj.it, 29 Aug 2009)
Superstitions / Rituals / Beliefs
She has a tattoo of a turtle for good fortune. (abilitychannel.tv, 02 Apr 2019)
Sporting philosophy / motto
"Power is nothing without control." (Athlete, 12 Aug 2014)
Awards and honours
She was chosen as a torch bearer for the 2006 Paralympic Winter Games in Turin. (silvanabaj.it, 29 Aug 2009)
Impairment
She was involved in a car accident in 1992, which resulted in paraplegia. (silvanabaj.it, 29 Aug 2009; Athlete, 12 Aug 2014)
Other information
OCCUPATION
She works as a local councillor for sport in San Salvatore Monferrato, Italy. (ilgiunco.net, 22 Feb 2016; Facebook page, 27 Apr 2020)

HANDCYCLING
In 2019 she took up handcycling as an alternate sport to keep herself fit. As part of her training, she completed a 150 kilometre ride during a pilgrimage to Santiago de Compostela, Italy. "When I heard about the journey to Santiago de Compostela, I imagined how I could do it in one day. I found the solution and decided to combine pilgrimage with sports. Not what I've always done, at a competitive level, but different and therefore a greater challenge." (invisibili.corriere.it, 22 May 2019; radiogold.it, 02 Apr 2019)