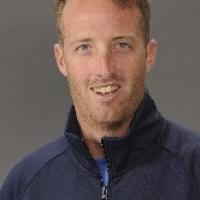 Why this sport?
Roderick Green introduced him to Paralympic sport and convinced him to start competing.
Name of coach
Cathy Sellers [national]
Coach from which country?
United States

Memorable sporting achievement
Winning a gold medal at the 2004 Paralympic Games in Athens. (latimes.com, 11 Aug 2012)
Hero / Idol
US baseball player Lynn Nolan Ryan. (ossur.com, 20 Oct 2011)
Superstitions / Rituals / Beliefs
"Pre-event I try to make sure I have a meal complete with some sort of fruit. I always find a way to listen to music and pray before every race. Before putting on my uniform, I have to run my hand across it to appreciate the occasion." (ossur.com, 20 Oct 2011)
Sporting philosophy / motto
"Never give up." (ossur.com, 20 Oct 2011)
Awards and honours
He has received a number of awards including being named the 2007 ESPY Best Male Athlete with a Physical Disability, US Olympic Committee Athlete of the Month for September 2006 and US Olympic Committee Paralympic Athlete of the Year in 2004. He was also named the 2004 Federal Employee of the Year with a Disability by the National Security Administration. (teamusa.org, 9 Mar 2010)
Ambitions
To help Paralympic sport to continue to grow. (ossur.com, 20 Oct 2011)
Impairment
His right leg was amputated below the knee following a motorcycle accident in March 2001. (teamusa.org, 9 Mar 2010)
Other information
NAVY FIRSTS
As a petty officer in the US Navy, he became the first United States active-duty military member to compete in a Paralympic Games when he went to Athens in 2004. He also became the first amputee to complete US Navy's SERE [Survival, Evasion, Resistance and Escape] training, and is the first US amputee to become a naval aircrewman. (teamusa.org, 9 Mar 2010; ossur.com, 9 Mar 2010)