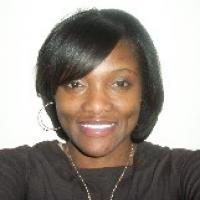 When and where did you begin this sport?
She first participated at a Paralympic Military Sports Camp in 2006 at the US Olympic Training Centre in Colorado Springs, CO, United States.
Why this sport?
It was not until 2009 at the USOC Paralympic Military Sports Camp that she impressed national wheelchair track coach Wendy Gumbert, who said she had a good chance of making the national team.
Name of coach
Ronald Wilcox

Nicknames
Little C (va.gov, 05 Aug 2011)
Sporting philosophy / motto
"Adapt and overcome." (usparalympics.org, 29 June 2009)
Impairment
After enrolling in fashion college in 1994, she joined the US Army Reserve a year later to support the financial costs. She was paralysed from the waist down while training in November 2003 at the US Advanced Airborne School at Fort Bragg, NC, United States. During a high-altitude jump, her parachute became entangled with another parachute and she fractured her spine when she landed. (chronicle.augusta.com, 28 May 2006; washingtonpost.com, 09 Aug 2009)
Other information
WALKING AGAIN
After her accident she says doctors initially told her family she would never walk again. "That's how bad it was. At first I didn't even want to get out of my car to pump gas. I built self-confidence from being around individuals in wheelchairs playing sports, and then took that to the outside world," she said. But after her surgery she begged to be wheeled to a gym in the hospital and says that while supporting herself on parallel bars, "I got up and I walked. I took a couple of steps. I said I have a son to raise, and I wasn't hearing not walking again." (chronicle.augusta.com, 28 May 2006; washingtonpost.com, 09 Aug 2009; notalone.com, 30 Aug 2010)