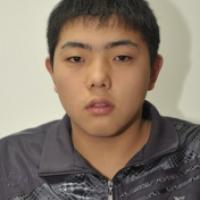 When and where did you begin this sport?
He took up Para swimming in 2008 in Shijiazhuang, People's Republic of China.
Why this sport?
He enjoyed swimming and found it helped his impairment.
Name of coach
Li Mengzhong [national], CHN

He was flag bearer for the People's Republic of China at the 2015 World Championships in Kazan, Russian Federation. (thxxw.com, 06 Sep 2015)
Impairment
His impairment affects his ability to walk and is the result of a medical accident. (Athlete, 11 Jul 2015; heb.hebei.com.cn, 05 May 2014)